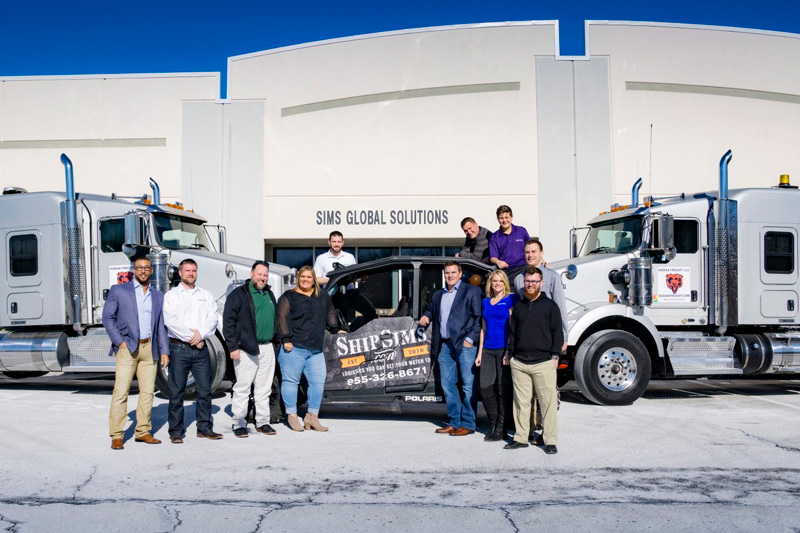 The Lenexa City Council on Tuesday unanimously approved issuing industrial revenue bonds and a tax abatement for construction of a new office and warehouse project for Sims Global Solutions, a logistics company that has moved its Texas headquarters to Lenexa. Photo via Twitter.

The Lenexa City Council on Tuesday unanimously approved issuing industrial revenue bonds and a tax abatement for construction of a new office and warehouse project for Sims Global Solutions.

The logistics company relocated  its Texas headquarters to Lenexa in 2017, according to a report from the Kansas City Business Journal. Sims Global Solutions opened its Lenexa office in June of that year, giving the company a more geographically central location it said was closer to its suppliers and partners.

Located west of Renner Boulevard at 116th Street, this new project includes multi-phase construction of about 100,000 square feet of office and warehouse uses across multiple buildings in the Renner Business Center.

The developer, Kansas Land Group LLC, requested the city issue up to $14 million in industrial revenue bonds and a 10-year, 55% tax abatement coupled with a payment in lieu of taxes (PILOT) agreement, to assist with acquisition and construction costs on the project.

The developer plans to begin the first of multiple phases in late 2020 and complete the entire project by the end of 2024, according to city documents. In a city memo, staff noted that the project is eligible for the maximum 55% tax abatement because it is a corporate headquarters, and Lenexa is retaining and expanding an existing business.

The PILOT agreement assumes the developer must make a minimum capital investment of $3 million in the first two years and an additional capital investment of at least $10 million on or before Dec. 31, 2024. The agreement also includes a clawback provision in which the developer would have a shorter tax abatement time period and would owe an increased amount in PILOT payments.