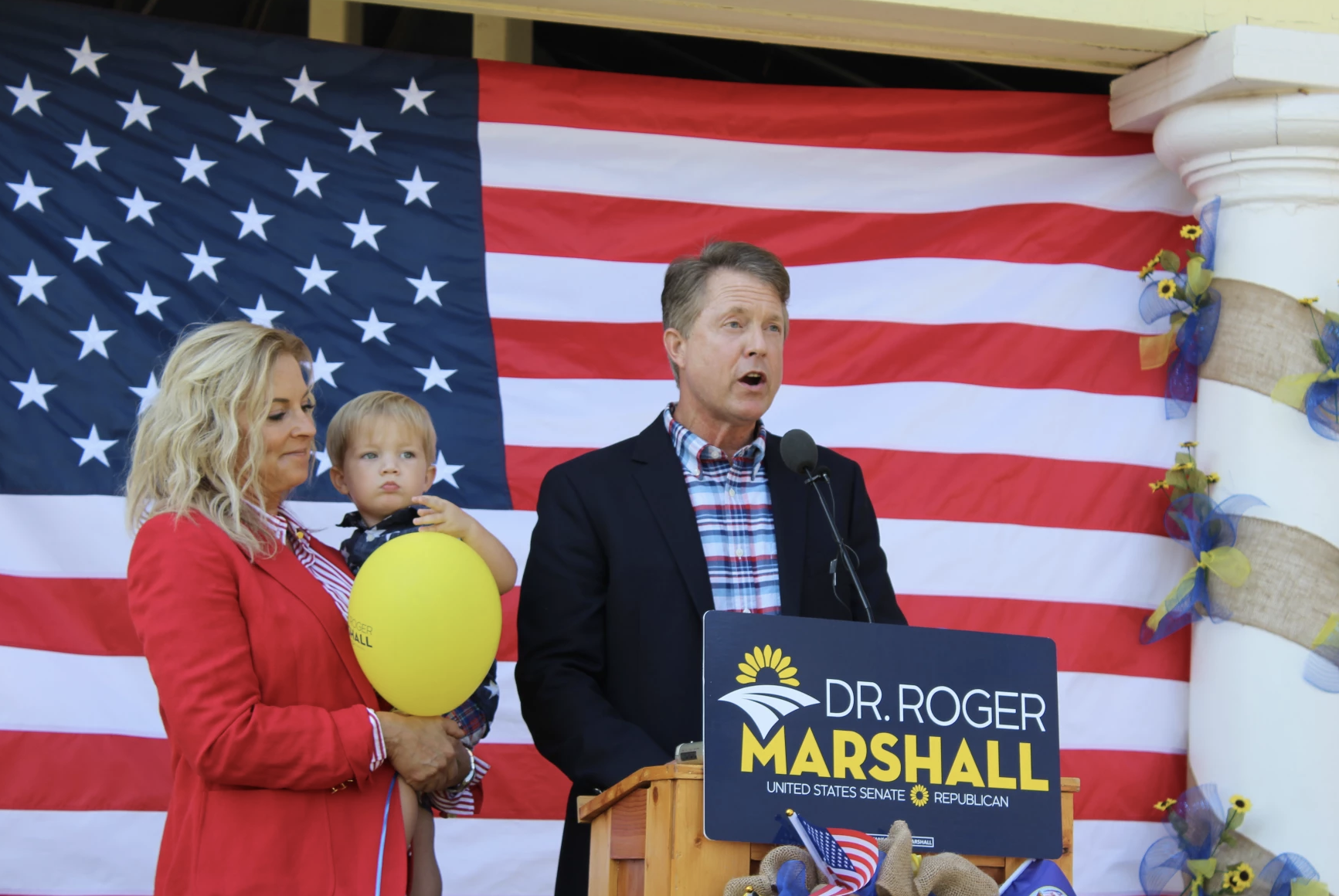 Kansas’ biggest primary race was one of the first to be decided Tuesday: U.S. Rep. Roger Marshall secured the Republican nomination for U.S. Senate, and will face Democratic nominee Barbara Bollier in the November general election.

Officials had cautioned that the record numbers of mail-in advanced ballots — a sign of the times in a pandemic — could lead to delayed results. But by 10:30 p.m., all of the major contests were over.

The seat being vacated by retiring U.S. Sen. Pat Roberts is considered one that could tip the balance of the Senate in Democrats’ favor come November.

Endorsements from several establishment Republicans, including Roberts and key business, agriculture and anti-abortion groups, proved pivotal for Marshall — as did Senate Majority Leader Mitch McConnell’s intervention in the final weeks of the campaign.

Marshall held a 14 percentage point lead over Kobach with most precincts reporting. The retired doctor from Great Bend who has served two terms in the House representing the 1st District, also beat Kansas City-area businessman Bob Hamilton by about 21 percentage points.

Marshall declared victory at about 9 p.m. in a speech.

After failing to convince U.S. Secretary of State Mike Pompeo to run for the seat, McConnell got behind Marshall in an effort to keep the nomination from Kobach, who lost the 2018 Kansas governor’s race.

McConnell’s Senate Leadership Fund was one of several political action committees that spent a combined $11 million in the primary, most of it in the final month.

Marshall was the target of a barrage of negative ads produced by Democrats hoping to steer the nomination to Kobach. He also fended off a late surge from Bob Hamilton, a political newcomer who bankrolled his “outsider” campaign with money from the sale of his Johnson County plumbing business.

A Democrat hasn’t won a U.S. Senate seat in Kansas since 1932, and Marshall told the Kansas News Service on Tuesday night that Democrats’ tactics in the primary won’t work in the general.

“They may want to take their money to another state because Kansas is not purple,” he said. “We are deep, deep, deep ruby red like the ruby red slippers of The Wizard of Oz.”

Marshall’s opponent in the general election, Bollier, is a state senator from the Kansas City suburbs who switched parties in 2018. Already, she has raised more than $8 million — more than Marshall, Kobach and Hamilton combined did in the primary.

In a speech Tuesday night, Bollier called the GOP primary “a contest for unwavering support of a political party, rather than a thoughtful discussion about what Kansas needs to beat this (coronavirus) and dig out of this recession.”

Republican Jason Dexter, 80, voted in-person in Lecompton, where Kobach also did. He farms nearby, and voted for Kobach. When asked about Marshall, he said “I just don’t care for him somehow. It’s just a personal thing.”

Another Republican voter, Keith Noe, used to be a police officer in the Los Angeles area but moved back to the family farm near Lecompton. The 80-year-old also voted for Kobach because he likes his efforts to crack down on illegal immigration and voter fraud. The latter, he said, isn’t a huge problem in Kansas but is in places like California.

Boyer reported from Garden City, Koranda from Lawrence, McLean reported from Lecompton and Topeka and Okeson-Haberman from Kansas City, Missouri. Kansas News Service reporters Celia Llopis-Jepsen in Topeka and Brian Grimmett and Stephan Bisaha in Wichita contributed to this report.