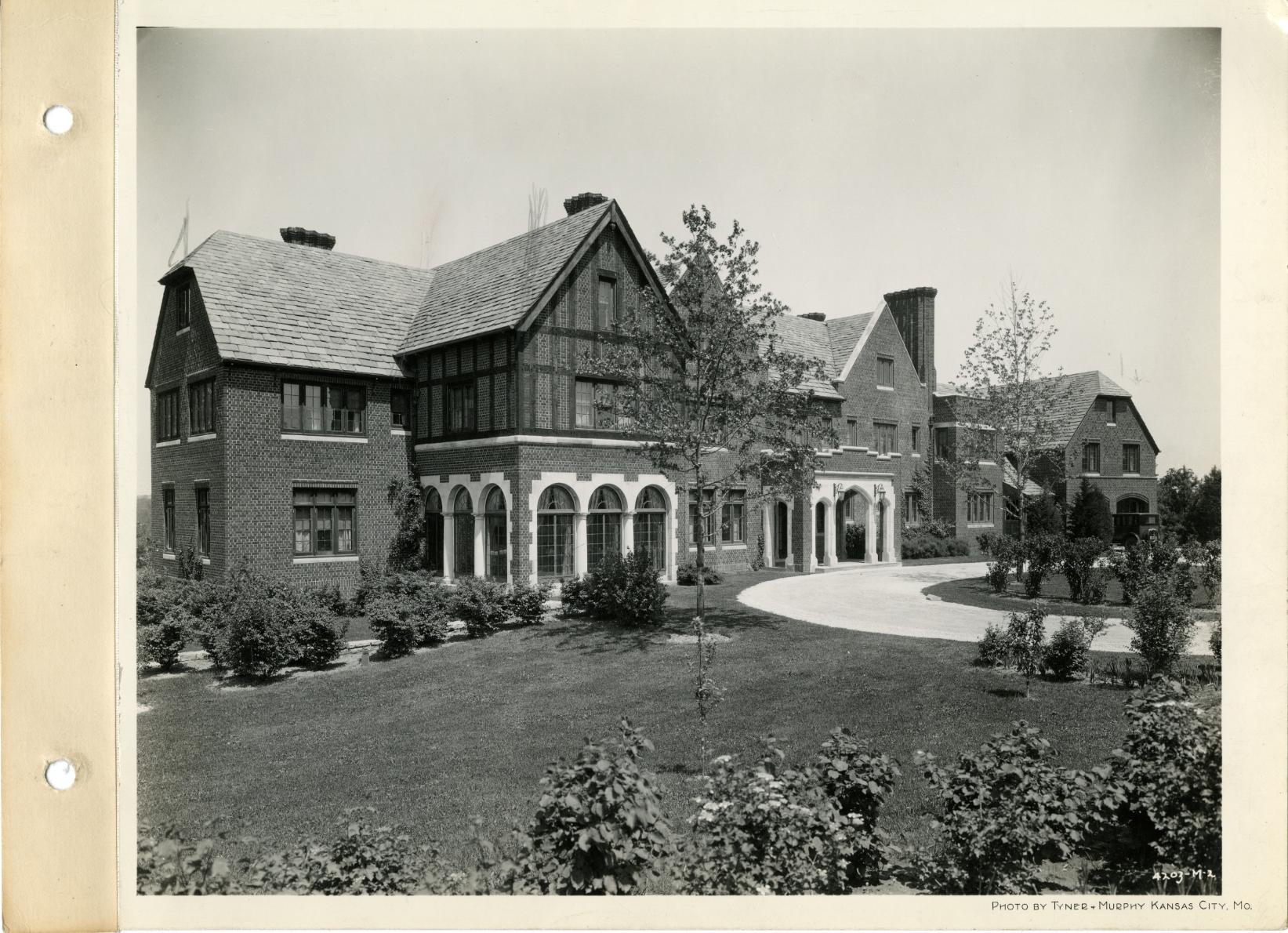 Written by the Johnson County Museum

Jesse Clyde “J.C.” Nichols was a visionary who epitomized the postwar suburban neighborhood developer. Born in Olathe on Aug. 23, 1880, Nichols moved away from Johnson County for his schooling and never again lived on the Kansas side of the state line. He settled in Kansas City, Mo. in 1904, and immediately began developing real estate.

Although J.C. Nichols is best known as a commercial and residential developer in Kansas City, Mo., his developments and legacy shaped both sides of the state line. Beginning in 1913, Nichols cultivated northeast Johnson County as a suburban escape from the hustle and bustle of Kansas City. From Mission Hills to Westwood Hills, Fairway to Prairie Village, Nichols developed neighborhoods for those who “may wish to reside in a restricted residence section in Kansas, yet share in the convenience and social environment of Kansas City proper.” These suburban Johnson County neighborhoods, indeed all of Nichols’ developments, were intentionally designed to exclude segments of the population.

Nichols utilized a variety of tactics in order to control nearly every detail of his developments. Declarations of restrictions in official records and racial restrictive covenants directly controlled who could live in his neighborhoods. High price points for homes in his developments excluded most buyers. Homes associations designed to enforce restrictions became part of every Nichols development. Nichols’ pioneering use of homes associations to enforce his vision of suburbia became a model for the nation and shaped the future of Johnson County.

Nichols used restrictive covenants – conditions he inserted into legal documents like property deeds and neighborhood plats – to control the way land he developed could be used. Whereas a deed restriction could set rules for just a single piece of property, declarations of restrictions (numbered lists of what can and cannot be done, called covenants) could be applied to every lot in his development.

Using restrictive covenants, Nichols was able to establish minimum requirements in his neighborhoods, including home square footage, distance of a home from the roadway, and the amount of open space on lots. The result was a new type of residential neighborhood developed according to standards Nichols set. Unlike the grids prominent in early suburbs like Hyde Park, Nichols’ neighborhoods featured curved roads that flowed with the landscape. “Superblocks” with strategically placed large homes in garden-like settings were typical of his Johnson County developments. While he created visually stunning suburban neighborhoods, Nichols’ use of restrictive covenants was designed with a specific demographic in mind, one that did not include the working class or minorities.

In addition to implicit measures to keep his developments exclusive like landscape restrictions, Nichols also used restrictive covenants to keep specific segments of the population out of his suburban neighborhoods. Restrictive covenants that permitted only single-family residences, for example, limited access to Nichols’ developments, kept the population density low, and prohibited multi-unit rental properties accessible to the working class. These covenants “ran with the land,” meaning they were in force in perpetuity, restricting access to his neighborhoods to only the wealthy forever.

Covenants for Nichols’ developments also established a minimum cost of a home that restricted access to his neighborhoods. Although the average yearly income for someone living in the Greater Kansas City area in 1927 was $1,380, the minimum price of a home in Nichols’ Indian Hills development started at $10,000, some 625% of the average income. Only the wealthiest Kansas Citians could afford to live in Mission Hills.

Nearly every Nichols development prior to 1950 contained this language in the property deed or the declaration of restrictions: “None of the said land may be conveyed to, used, owned, or occupied by negroes as owners or tenants.” Covenants restricting who could buy a home were legal until the Supreme Court ruled that they were unenforceable in Shelley v Kraemer in 1948. Few instances of racial restrictive covenants appeared in Johnson County after that, however, the language was already present for thousands of properties across the county. In fact, Nichols’ racial restrictive covenants can still be found in property abstracts today. The use of this measure set an exclusionary precedent.

It is important to note that Nichols was not the only developer who utilized racial restrictive covenants. There were also some who did not employ racial restrictive covenants in their developments. It was a developer’s choice. Nichols, however, intentionally designed neighborhoods for whites only. Further, he never developed a neighborhood in a Black Community or intentionally created an integrated neighborhood on either side of the state line.

Even when he developed neighborhoods for blue- and white-collar workers like Prairie Village, Nichols designed them to be to be segregated. Nichols’ Prairie Village developments included typical restrictions meant to maintain exclusivity like a lengthy declaration of restrictions and racial restrictive covenants. While priced much lower than homes in Mission Hills, Nichols’ Prairie Village properties were priced well above the average income. The average income of those living in Kansas City was $1,700 in 1950, but a home in Prairie Village came with a minimum cost of $5,000. Securing a loan for that amount would prove impossible for people of color, however.

Prairie Village was unique for Nichols in that he received development funds for it from the Federal Housing Administration (FHA). The FHA, a government agency created during the Great Depression to finance home building and purchasing, was one of the main ways that homebuyers obtained mortgages. By 1950, the FHA was facilitating half of all home mortgages in the United States. The remaining home loans were typically routed through private lending institutions. Like Nichols’ restrictive covenants, FHA loans were designed only to benefit a few.

Subdivisions built with FHA funds were governed by FHA mortgage regulations, notably that FHA mortgages could not be secured by Black home buyers. This racist practice, which was standard at the time in the private mortgage lending business and was enshrined as federal housing policy by the FHA, made it extremely difficult for Black families to purchase new homes in the suburbs. Black families were thus doubly restricted from purchasing homes in Prairie Village – once by Nichols’ restrictions and once by the FHA policies. The demographic outcome was predictable. By 1960, Prairie Village was home to 25,000 white residents, all of whom had to purchase their homes under the FHA guidelines.

In order to ensure that the restrictive covenants he wrote when developing his neighborhoods were enforced, Nichols created the homes association. These neighborhood-based organizations both enforced restrictions and maintained the development through fees collected from property owners. Homes associations were designed specifically to secure the neighborhoods as a long-term investment by enforcing restrictions J.C. Nichols set at the time of development.

Nichols’ pioneering development of the homes association model in the Kansas City area quickly became a national model. As a founding member of the Urban Land Institute (ULI), a group that studied real estate planning trends and problems when established in the 1930s, Nichols shared the homes association concept with developers across the country. He also shared the idea of homes associations as enforcers of restrictive covenants with real estate study groups who, like the ULI, proliferated the concept around the nation.

The restrictions Nichols set as cornerstones of his developments resulted in homes maintaining or increasing in value since they were built. This has led to generational wealth accumulation for those allowed to purchase and live in Nichols’ Johnson County neighborhoods.

J.C. Nichols envisioned, planned, and constructed restricted developments throughout northeastern Johnson County. The neighborhoods he developed remain some of the most desirable in the Kansas City Metropolitan area. His vision for curving streets, garden-like settings, and restrictions to maintain the integrity of the development was unparalleled. But it came at a price.

Nichols’ practices and policies shape Johnson County even today. Census records from 2010 show that the county’s population was 86% white. The population of Kansas City, Missouri, on the other hand, was 59% white. The slow pace of integration in northeast Johnson County was by Nichols’ design.

Although the 1948 Shelley v Kraemer decision ruled racial restrictive covenants unenforceable, it took two more decades for the first Black family – the Sewings – to move into a Nichols’ development in Johnson County. Even then, it took creativity and extensive real estate knowledge for the purchase to be made. Donald Sewing, a real estate agent, had to use a series of white “straw buyers” in order to purchase a home in Nichols’ Fairway neighborhood in 1966. When his family moved in, a steady stream of gawkers and even some protestors met them. Nichols, who died in 1950, had not intended for Black families to purchase homes and live in his suburban neighborhoods, places that white families had been enjoying since 1913.

Nichols’ legacy includes iconic buildings, impressive homes, and desirable neighborhoods on both sides of the state line. It also includes exclusionary intentions, actions, and choices that segregated the community for more than 100 years and set precedents for communities throughout the nation. 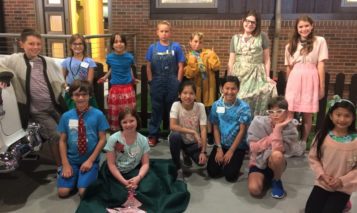 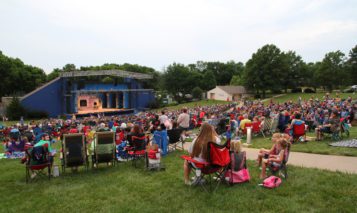 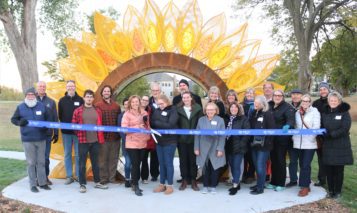 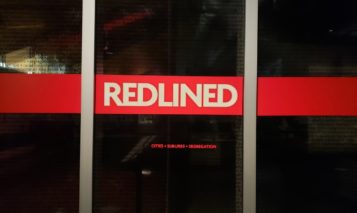 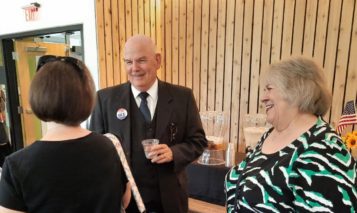 Inside JCPRD: 50 Plus offering four Lunch & Learn sessions between January and April