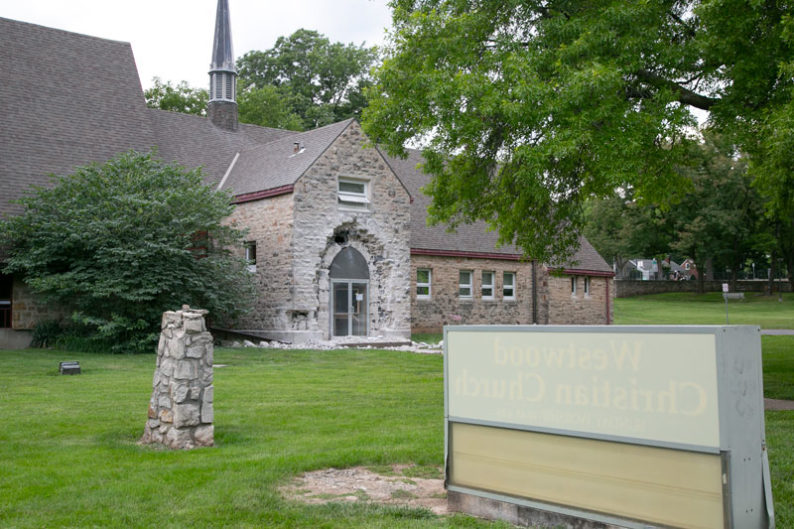 Westwood Christian Church, 5050 Rainbow Boulevard, will be completely demolished by late September 2020. Plans for the site remain in limbo, but for the time being it will be seeded and act as green space for residents to use, Mayor David Waters said.

Westwood Christian Church closed its doors in 2013, and the city purchased the property for $400,000 a year later. Mayor David Waters said the only resident feedback he’s received is inquiries about the ability to save some of the stone at the site.

The city is saving the cornerstone, the stone archway and much of the other limestone, he said.

“I think most people have understood there’s some environmental issues with the building that really do not make it salvageable or workable for reuse,” Waters said. “That’s unfortunate, but we’re trying to preserve at least some of the history that goes with the site, and I think people appreciate that.”

The city council budgeted the demolition work in 2020.

A timeline for the demolition work was outlined in the Westwood Buzz newsletter:

Waters said the city hopes the demolition will nudge the process along toward a proposed possibility for the site from the 2017 comprehensive plan. The possibilities include the expansion of Joe D. Dennis Park nearby or the addition of retail space at the old church building site.

“I think this is a good step to show we’re ready to proceed and move on and not just stay in one place and wait for things to happen on [the site],” Waters said.

Although the future of Westwood View Elementary, 2511 W. 50th Street, is in the hands of the Shawnee Mission School District, Waters said the church building demolition could accommodate a potential expansion of the school. If the district chooses to move the elementary school and the city purchases the old school building, the old church and school could become a redevelopment site for additional single-family homes.

Following the church demolition, the site will be seeded and act as a green space, Waters said. The city will have to work out what direction is taken at the old church building site, he said.