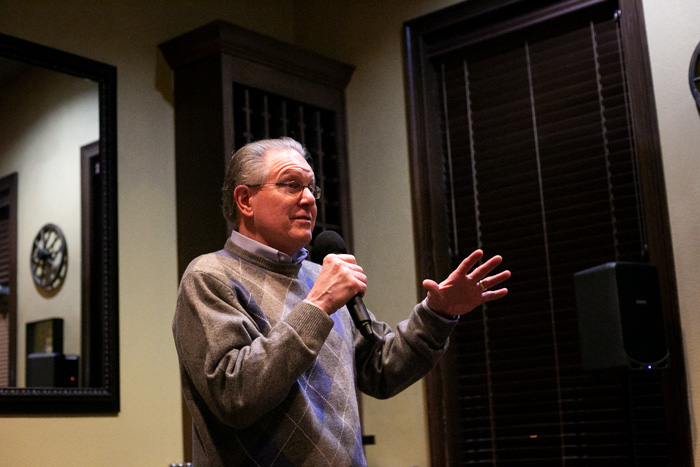 "The freedom of energy choice is being undermined in many areas around the country, with governments seeking to limit or prohibit the use of natural gas," said State Sen. Mike Thompson in his Capitol Update column. Above, Thompson in a file photo.

Both Skubal and Kessinger had broken with their party’s leadership on a handful of issues in recent years, including Medicaid expansion and abortion.

Warren, a conservative Republican, is in her first term in the Kansas House, having defeated moderate Republican Joy Koesten in the 2018 primary for the District 28 seat. Koesten went on to switch parties, and is now the Democratic nominee for Senate District 11, setting up a rematch of her campaign against Warren in 2018.

Dirks will face Democrat Mari-Lynn Poskin in November for the House District 20 seat.

In Senate District 10, former television meteorologist Mike Thompson, who was appointed to fill the remainder of Mary Pilcher-Cook’s term when she resigned, easily defeated Rep. Tom Cox for the Republican nomination by a margin of 72% to 27%. Thompson will face Shawnee City Councilmember Lindsey Constance in the general election race.

Results from key area races are below: