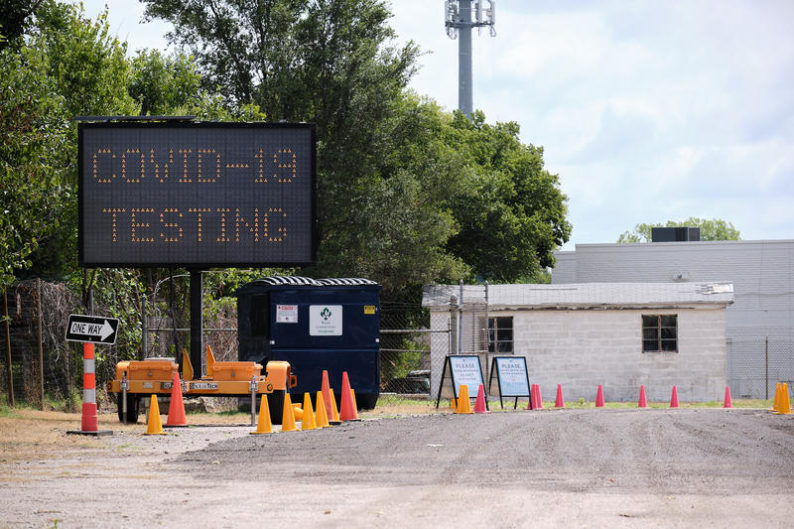 While that’s a low death rate, survivors talk of the brutality of the disease, and how full recovery can prove elusive even months after getting infected.

It tortures them with extreme fatigue, difficulty breathing, loss of taste and smell. Or worse.

“The fatigue really is different with COVID,” said Anthony Nickens, a 29-year-old from the Kansas City area who tested positive for the coronavirus in early April. “The feeling that I felt in my chest was just miserable. I had never felt anything like that before. The coughing, it was so bad.”

While some people with COVID-19 hardly feel sick, others end up in intensive care, a ventilator forcing air into the lungs. Like most people who get the disease, Nickens’ experience fell somewhere in the middle.

His symptoms never got so bad that he had to go to the hospital, but not knowing what to do about them terrified him.

Shortly after his positive test, his mother and his sister also began showing the symptoms of having COVID-19. That left his father, who never showed any symptoms, to take care of the whole family.

Nickens’ worst symptoms lasted about 10 days followed by another week or so to get to the point where he could walk up a flight of stairs without getting winded.

That’s pretty common, says a study of the disease in the United Kingdom from Kings College London. It found most people recover within two weeks. But researchers also found that some people suffer with symptoms for months.

“It was just constant, like burning in my chest, constantly pressure and heaviness,” she said. “And then just all different kinds of symptoms came and went for about a full month.”

She’d feel good for a few days, before fatigue or extreme lung pain would level her again. Usually a hopeful and optimistic person, she’s worried that after dealing with symptoms for three months that this might just be her new normal.

She gets frustrated when people dismiss how bad the virus can be, or say their youth or good health makes them invincible.

“I want to punch those people in the face, honestly,” she said.

The 42-year-old mother of four is pretty fit. This is a woman who, while pregnant with her fourth child, ran a half Ironman covering a 1.2-mile swim, a 56-mile bike ride, and a 13.1-mile run.

“I am an endurance athlete,” Carrillo said. “I push myself to the limit, but when there’s no end in sight, when there’s no answers, when there’s no help and when you know that your only option is to deal with it on your own at home alone and then anybody that comes into contact with you could possibly kill, that sucks.”

Epidemiologists and physicians admit that there is still a lot to learn about the effects COVID-19 has on the human body, especially in the long-term. But nearly five months into this pandemic, some of those consequences are beginning to come into focus.

It’s not just the small chance of death, that worries him. He says if someone with COVID ends up in intensive care, that person can expect at least a year of rehabilitation before feeling normal.

Which all sounds rather gloomy. But Stites says there’s one more important thing to remember.

“It’s also preventable,” he said. “And that’s got to be the story, we have to prevent this as best we can and the way we prevent it is with good infection control.”