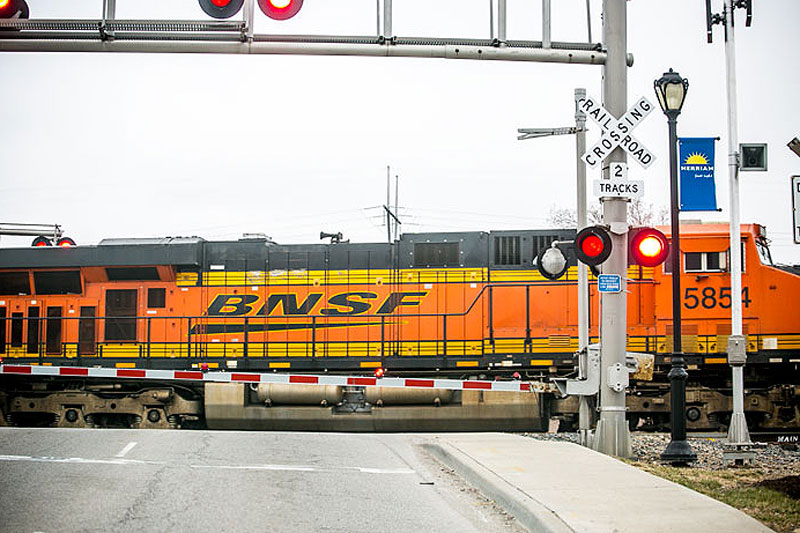 Johnson Drive will be closed in Merriam at the BNSF railroad tracks, near the I-35 on-ramp, until Aug. 10. BNSF will even out the tracks during this time.

A portion of Johnson Drive at the BNSF railroad tracks, just west of Ikea, will be closed beginning Aug. 3 for construction.

BNSF Railway will level the railroad tracks during the closure, at which point through traffic will not be allowed. Weather permitting, the portion of Johnson Drive will open to traffic on Aug. 10.

Detour options include using Shawnee Mission Parkway, Antioch Road and Nieman Road, according to a city of Merriam tweet.

The Shawnee City Council on July 27 unanimously agreed to set the guaranteed maximum price of $2,835,027 for construction of Wilder Bluff, a new park on the northwestern side of the city.

The council also approved final plans for the park as well as a construction contract with Centric. This portion of the project is funded from the city’s capital improvement program.

Finally, the city council also unanimously to enter into a contract with ABCreative for the playground at Wilder Bluff Park. The contract amounts to $504,528 and is funded from the city’s Parks and Pipes Sales Tax.