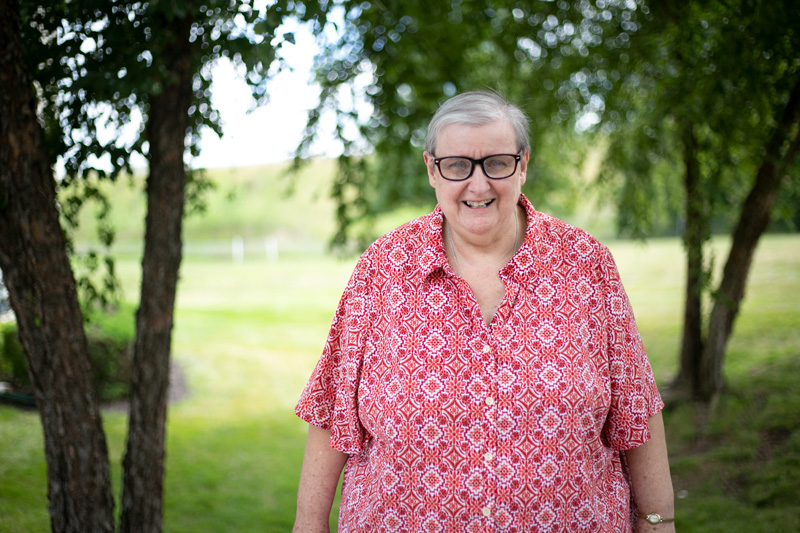 “She’ll be missed; a lot of people like to ask about her and greet her,” said Tim Dengel, Taco Via general manager, adding that Izard had a knack for remembering customers’ faces, names, family stories and, oftentimes, their favorite orders. Debbie Izard, pictured, started working at Taco Via in 1971.

After working for Taco Via for the past 50 years, Debbie Izard is retiring so she can focus on her family.

Izard’s first day at Taco Via was Feb. 22, 1971 at the restaurant’s original location near 75th and Metcalf. For the past five decades, Izard made a lot of friends at work, especially with customers.

She was a constant face for the regulars who grew up in Shawnee Mission and are now taking their own children and grandchildren to the restaurant at 95th and Antioch. Izard said she will miss everyone a lot.

“I’ll miss seeing the people’s kids growing up to be grandparents,” she added.

She did everything — food preparations, dishwashing, office work — and for the past 15 years, including running the cash register up front.

“She’ll be missed; a lot of people like to ask about her and greet her,” said Tim Dengel, general manager, adding that Izard had a knack for remembering customers’ faces, names, family stories and, oftentimes, their favorite orders.

Dengel said Izard was reliable and responsible for keeping track of things at the restaurant. In many ways, he depended on her to keep things afloat. They’ve worked together since the mid-1990s.

“If we ever had to do this again, and I had to pick teammates, she’d probably have to be my first pick,” Dengel said. “Throughout those 25 years, a majority of it, I knew what she was gonna do, I knew how she did it, and she was always there.”

Izard shared her thankfulness for customers and coworkers over the years as well as Chuck and Pat Kraus, the owners.

“They’ve been so nice; I was like family to them,” Izard said. “Normally, people who have jobs like I do don’t get paid when you’re sick. When I had a surgery, they would pay me.”

Izard said she also wanted to thank Dengel for his support over the years.

“He’s done a lot for me too,” Izard said, adding that she appreciated him giving her a ride to work if the weather was bad.

Izard’s last day at work was in March so she could focus on her family and health. Later this month, she will move to St. Louis to live with her sister and brother-in-law.

“Come visit me in St. Louis!” she said to her customers.