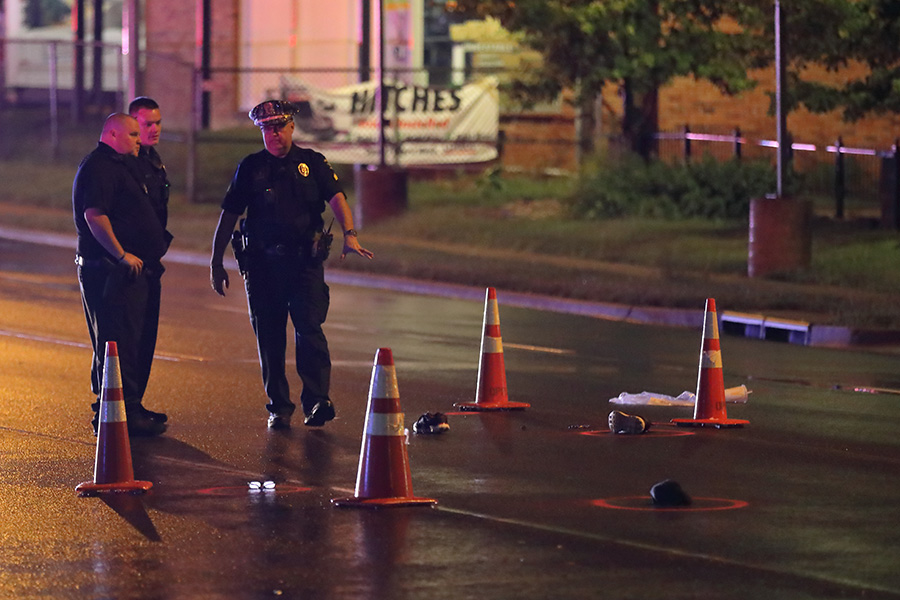 UPDATE: Overland Park police this morning identified the deceased as Sherry J. Dunn of Overland Park. The suspect had not been located as of 8 a.m.

Overland Park Police are asking for the public’s assistance in locating the pickup truck and driver who hit a pedestrian at 77th Terrace and Metcalf Avenue late Wednesday.

Captain Chad Grosserode says officers were called to the intersection at 10:02 p.m.

“Upon arrival, officers learned a vehicle had struck a pedestrian in the roadway after the subject crossed in the middle of the street,” Capt. Grosserode said in a news release. “The driver of the vehicle continued northbound on Metcalf and has yet to be contacted.”

The victim, only identified as a 63-year-old female, was transported to an area hospital in critical condition. Capt. Grosserode says the woman succumbed to her injuries after arriving at the hospital.

The department’s Traffic Safety Unit was called in to handle the investigation. Traffic on Metcalf reopened shortly after 2 a.m.

Police say the vehicle was described as a lighter colored, possibly light gray or silver, GMC or Chevrolet crew cab pickup truck with a dark-colored bed cover. The truck will be missing the driver’s side mirror, which officers found at the crash scene. You can find a traffic camera still of the suspect vehicle below: 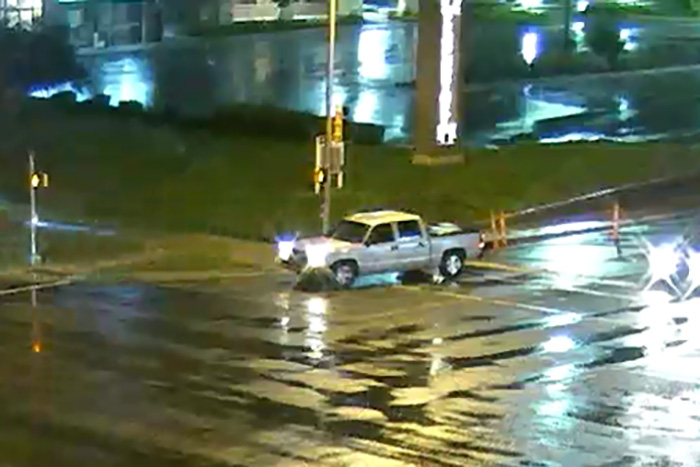 Anyone with information on this vehicle or the driver is asked to contact Traffic Safety Sergeant Mark Wilson at 913-890-1357.