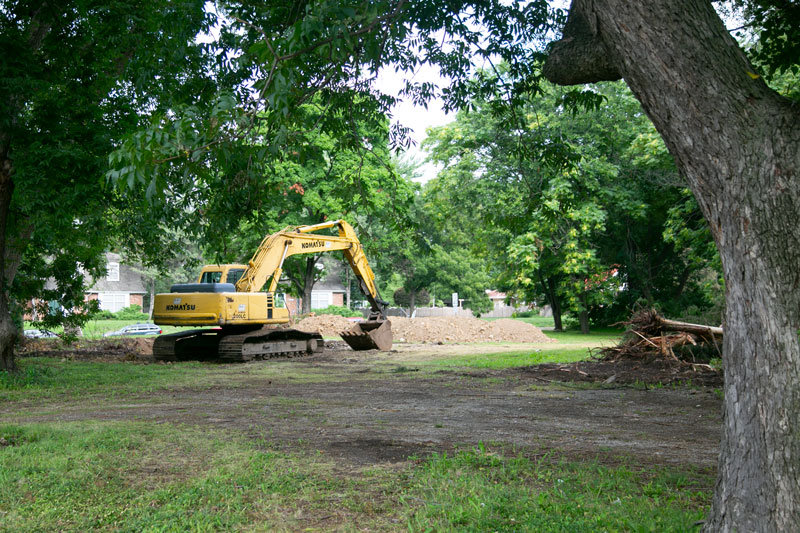 Seven days after the apparent demolition of the houses, per Pat Markway's Nextdoor post, an excavator remained at the lot near a pile of dirt and a hole with debris.

Two Overland Park houses at the northeast corner of 71st Street and Metcalf Avenue, which has been awaiting redevelopment for years, were recently torn down.

Meg Ralph, Overland Park’s digital communications supervisor, said due to the 15-year-old rezone, the final plans for the lot will have to go to the planning commission before construction can start. Thus far, “planning staff has not received a final development plan application,” she said.

A post on NextDoor last week claimed that workers at the site suggested a condo project was planned for the lots. However, the property owner could not be reached for comment to confirm that for this story.

The lot sits across the street from Queen of the Holy Rosary church at 7023 W. 71st Street.