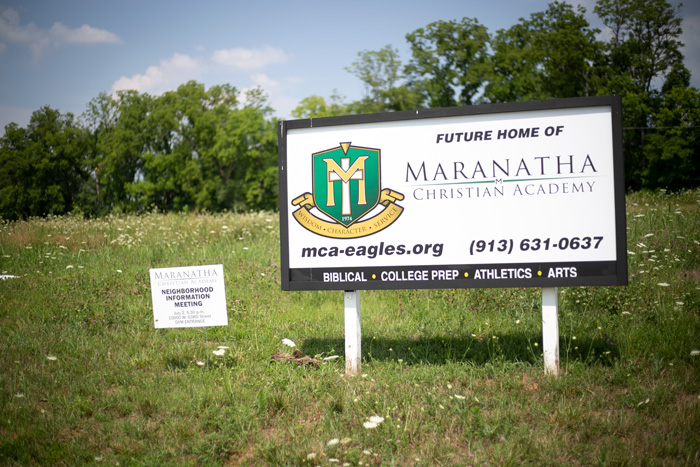 Located on about 27 acres at the northeast corner of 71st and Silverheel streets, the project includes a 130,000-square-foot school building and sports stadium for K-12 students.

The rezoning to fully agricultural allowed the project area to be located in one unified zoning district. It was previously partially zoned for commercial use. Additionally, the special use permit allows the academy to have a sports stadium on the northwest corner of the site.

Primary concerns from councilmembers and neighboring residents pertained to potential traffic congestion as well as lights and noise from the stadium. Councilmembers Jill Chalfie and Lindsey Constance asked that the developer and academy make efforts to engage neighboring homeowners associations and residents moving forward.

“To echo what others have said, I feel that schools are great neighbors and that this is a better alternative I think for neighbors than what could potentially go there if the school weren’t being built,” Chalfie said. “I think if the school is going to be part of our community and they’re going to combine their entire student body, let’s allow them to do what they can to create community through those events.

“And I think if the city needs to make future road improvements based on development and based on data that shows that these roads can’t handle what they have been designed to handle, then that’s something we’ll need to look at as a city and have future discussions about.”

Kevin Manning, transportation manager for the city, said the city could perform a traffic study after the school has been built.

Darius Riley, vice president of the Willow Ridge HOA, shared his disappointment that the developer did not provide enough advance notice to neighboring residents on the project. He said 70% of its members who responded to the association’s survey on the project oppose it.

Riley and other residents requested the city council delay approval until after further consideration of traffic issues.

“I think a school could be a better neighbor than most other projects could be for commercial, but I think what we’re missing here is that there are some serious traffic issues that could be exasperated by this project, and those aren’t really being taken into account,” Riley said. “Why don’t we postpone this just a little bit, as was suggested earlier, let’s look at the traffic and see if those problems are really going to materialize, and if we can do something along the lines of this project to help with those as we move forward.”

Representatives and members of the neighboring Willow Ridge Home Owners Association to the south also shared frustrations about miscommunication with city staff during their efforts to garner signatures for a protest petition on the project. City staff said the petition failed because it lacked enough valid signatures.

The city will consider final review of other elements of the project, such as the light fixtures and sound systems for the sports stadium, at a future meeting.