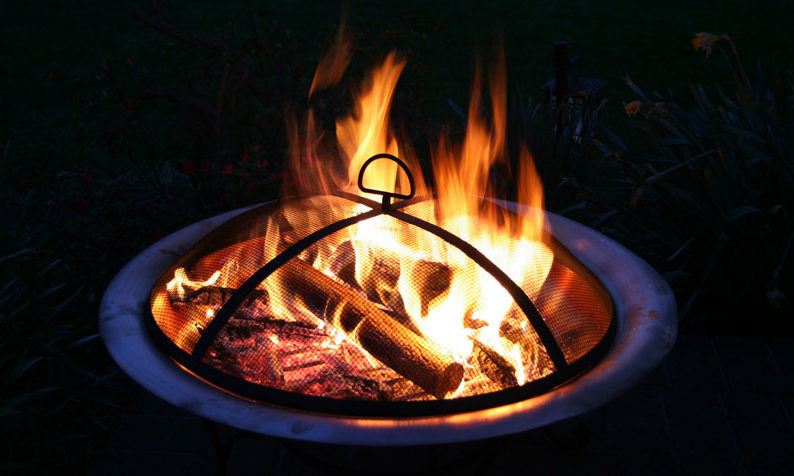 Firepits are not currently identified as an exception to the prohibited burning section in the city's code, although firepits are permitted through the county fire code. Photo credit Scott Robinson. Used under a Creative Commons license.

After being asked to review and present the city’s current language, city staff conducted a survey of the following nine Johnson County cities and found six cities include firepit specific language in their city codes. City staff also checked in with the county fire marshall and determined all cities have adopted the county fire code in which recreational burning of firepits are permitted.

“Generally speaking, this is already a part of our code,” Assistant City Administrator Jennifer Jones-Lacy said. “What we’re proposing is just adding the term firepit so that it’s clear.”

Currently, the city code’s prohibited burning section states “proper grills or ovens, or outside use of chimeneas, shall not be prohibited,” according to city documents. The proposed language would add “firepits” to this list, along with a sentence specifying the city’s adherence to the county fire code.

Councilmember Tom Madigan asked if the county’s fire code reference unattended fires at all. Wade Holtkamp, the neighborhood services code enforcement officer, said the county fire code does include unattended fire guidelines and specific language in relation to that can be added to the city’s code.

Madigan said he would like to see specific language and directives added to the city’s code so there is no question what is and is not allowed. Some cities include language specifying that fires must be attended to, and Shawnee requires attendants to be at least 18 years old, he said.

“To me, it’s better to be safe than sorry when you’re dealing with fire,” Madigan said.