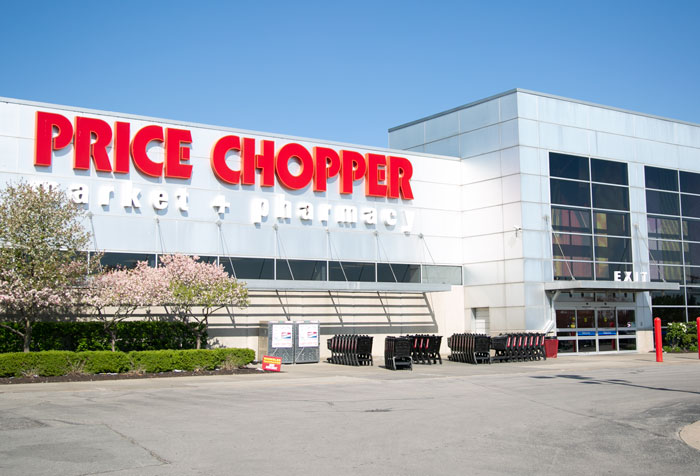 The pharmacy at Price Chopper

Although the city of Roeland Park anticipated sales and use taxes to be negatively impacted due to the shutdowns, Assistant City Administrator Jennifer Jones-Lacy said the city’s overall sales taxes are up by 4% compared to 2019. The city’s larger businesses — including grocery stores, a hardware store and a general purpose store — remained open, causing the sales tax figures to “come in quite well,” Jones-Lacy said.

“The good news is that Roeland Park is doing really well when it comes to sales tax,” Jones-Lacy said. “Our projections were much more bleak like all of our neighboring communities in Johnson County and the county itself. Everyone had anticipated a significant drop.”

Jones-Lacy said the city anticipated 2020 sales taxes to be worse than 2019 numbers because of COVID-19 and Roe 2020 improvements affecting daily patterns. Sales tax was down in 2019 because of Aldi’s closure, she noted.

Additionally, Jones-Lacy said April city sales and use taxes were 34% higher than they were in 2019.

Franchise fees and court fines, on the other hand, are currently down compared to last year, Jones-Lacy said. The city will keep an eye on both, but anticipated decreased court fines as officers are being more cautious about making traffic stops and court hasn’t been in session, she said.

Below are the highlights of the city’s financial figures, as during the city council meeting:

While sales and use taxes are positive at this time, Jones-Lacy said the city is being conservative and projecting that sales taxes will be down by the end of the year — even though it looks like that may not end up being the case, she said.

“Even though we are up higher than what we anticipated, we’re keeping our projections for the year very modest just because this is not over,” Jones-Lacy said. “We don’t know, with people’s income being impacted, how we will end up. We are still projecting very conservatively.”