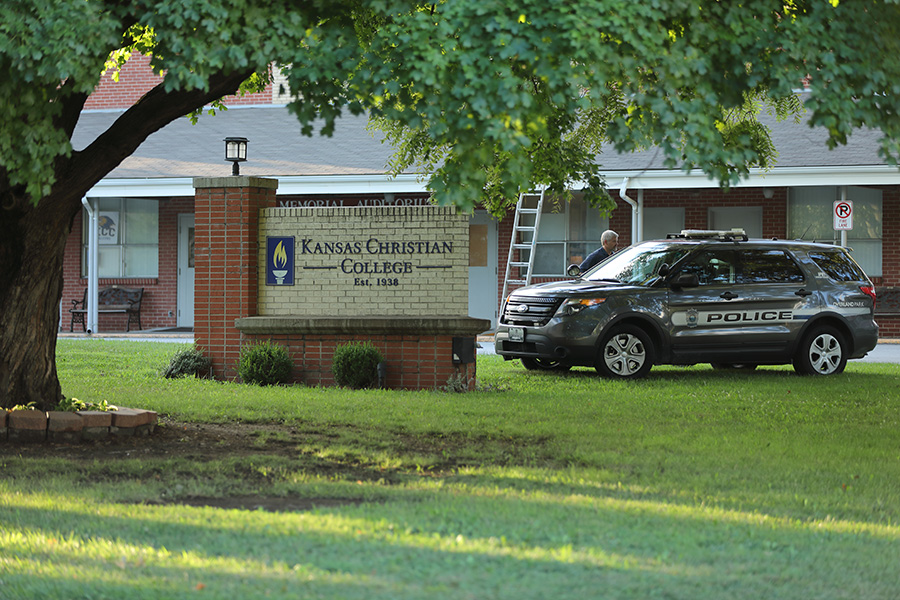 Overland Park Police responded to the Kansas Christian College, 7020 West 74th Street, on Tuesday after someone in a car allegedly fired a gun at the building.

Officers were dispatched to the school at 5:14 p.m.

Recorded radio traffic says a witness reported a newer model red car with a temporary license plate drove by and at least one of the three people inside fired shots at the building. No injuries were reported.

Officers briefly closed 74th Street in front of the school in order to search for and collect casings from the road.

At 5:23, a Merriam police officer told his dispatcher that he was trying to get behind a car on westbound Shawnee Mission Parkway near Antioch. The officer reported that the vehicle matches the description of the car from Overland Park’s call.

Several Merriam officers and a Johnson County Sheriff’s Office Deputy stopped the possible suspect vehicle on Shawnee Mission Parkway just east of Quivira Road in Shawnee. At least one person was detained from that vehicle.

We’ve reached out to the Overland Park Police Department for additional information. Check back with this report for updates.