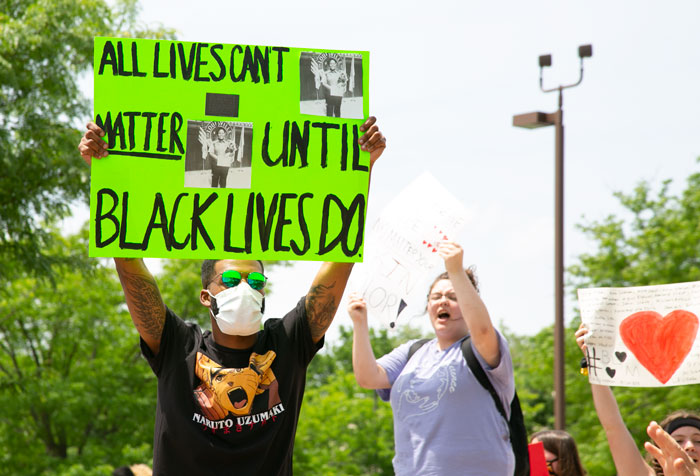 The approved statement builds upon Mayor Ron Appletoft and Chief Ben Hadley’s public statement issued shortly after the death of George Floyd. The statement condemns “the senseless and unnecessary murder of George Floyd,” states that Black Lives Matter, and recognizes the city is “not immune from implicit bias.”

“We sadly must acknowledge that systemic racism remains an entrenched problem across the United States, including, but by no means limited to, in policing,” the statement reads. “As local elected leaders, it is incumbent upon us to stand with those demanding accountability, equity and respect, and to recognize the humanity and dignity of every person.”

The statement also commits the governing body and the city to ongoing education and review of internal “policies, practices and sustained dialogue” about racial inequity and social justice.

The city council also approved a five-step action plan as briefly outlined below:

Mission first began its conversation around racial inequity at its June city council meeting. Councilmembers Sollie Flora and Hillary Parker-Thomas brought forward a resolution that drew criticism for lack of actionables and voices of people of color, and ultimately failed.

The city council unanimously approved both the statement and the action plan with no discussion. Councilmember Kristin Inman was absent.