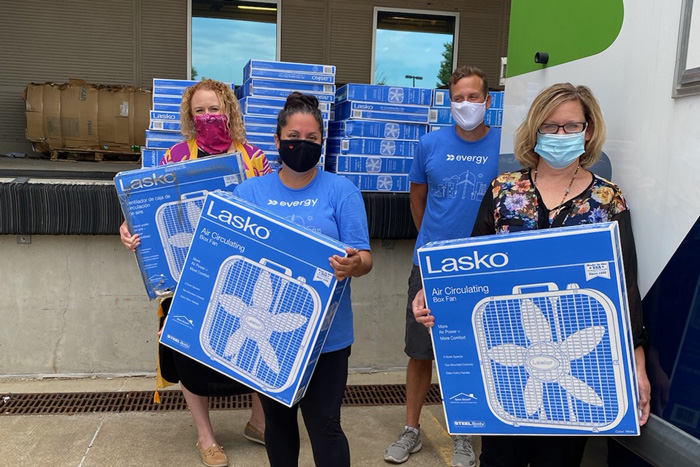 The donations are part of the company’s collaborative effort with the Salvation Army to distribute nearly 6,000 fans throughout the Evergy service territory.

Coty Borst, 28 of Shawnee, was sentenced to 45 years in prison in Platte County Circuit Court on Tuesday for fatally shooting another man in 2018. Borst received 30 years for second-degree murder and 15 years for armed criminal action consecutively for the killing of Jacob Stowers in June 2018. He will be eligible for parole after 28 and a half years.

The charges relate to a an incident when police responded to a residence in Houston Lake, Missouri, to find Stowers bleeding from a gunshot wound to the back. He later died at North Kansas City Hospital. [Shawnee man sentenced to 45 years in 2018 murder in Platte County — The Kansas City Star]

The city of Roeland Park is offering a compost bin rebate program for residents.

The city and the Johnson County Kansas State University Research and Extension Office will be hosting two workshops for people wanting to learn more about composting. Residents who attend the workshops are prioritized for the rebate program, and will be eligible for a $75 maximum rebate.

Residents who begin composting at home but do not attend the workshops can receive up to $40. Compost bin rebate applications and program guidelines can be found here. To reserve a spot in the classes, RSVP to Wade Holtkamp at whotlkamp@roelandpark.org or call (913) 722-2600.

2 online composting workshops will be held for residents. Those who attend receive up to $75 to purchase/build a home compost bin. Non-attendees receive up to $40.