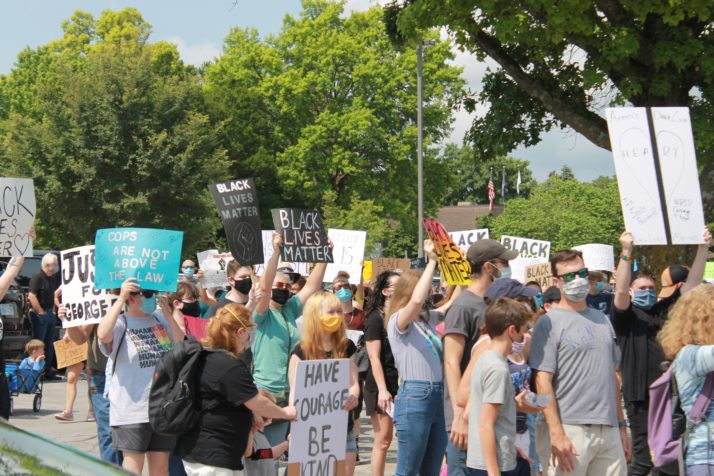 The Independent Citizen Advisory Board for Racial Profiling and Non-Biased Policing has received more attention as of late, following the killing of George Floyd and resulting nationwide protests. Above, a Black Lives Matter protest in Overland Park.

The president and CEO of the Boys and Girls Clubs of Greater Kansas City is the recommended pick for a vacancy on the Overland Park citizen board that reviews racial bias complaints against the police department.

Dred Scott, PhD, of Independence, Mo., will be recommended by Mayor Carl Gerlach at the Monday City Council meeting. If approved, he will assume the seat vacated by Richard Kaiser, who resigned last year.

Scott has led the Boys and Girls Clubs since 2018, and for ten years before that was deputy superintendent of the Independence School District, overseeing curriculum, assessment and instruction. He has also worked at the Raytown C-2 school district and has been an elementary school principal and teacher. He received his doctorate in education at Baker University.

The Independent Citizen Advisory Board for Racial Profiling and Non-Biased Policing meets quarterly to review complaints of bias that have been received by the police department.

The board has received more attention of late due to heightened interest in policing after the killings of George Floyd and Breonna Taylor, among others, and the marches that ensued. Some community leaders have said the board needs more transparency and perhaps different operating procedures to become more effective.

Others have called for more representation of Black men on the board since Kaiser resigned.