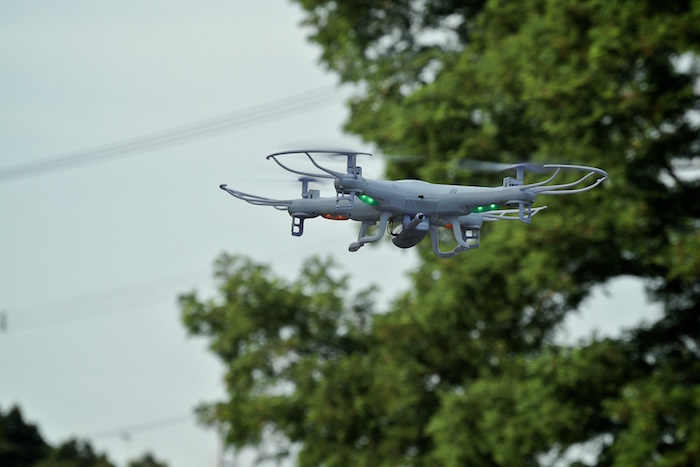 The ordinance makes it illegal to operate a drone on public or private property without the owner's prior consent, though it allows drones to be operated in city-owned parks. Photo credit MIKI Yoshihito. Used under a Creative Commons license.

The Mission City Council on Wednesday evening approved an unmanned aircraft systems, or drone ordinance that outlines rules and regulations throughout the city’s public and private spaces.

Following an April 2020 Mohawk Park conversation, the parks, recreation and tree commission recommended to the community development committee a discussion about a potential drone ordinance. The commission recommended a discussion to hash out the benefits and challenges of an ordinance “before the city is faced with the need to enforce the use” of drones, according to city documents.

The ordinance makes it illegal to operate a drone on public or private property without the owner’s consent. As long as operators comply with all other provisions — as well as city, state and federal regulations and laws — drones can be operated in a city-owned park. Below are the ordinance considerations as outlined in city documents:

A year ago, the Prairie Village City Council approved a similar ordinance and was preceded in its decision by Mission Hills and Mission Woods. Drone ordinance violations in Mission can result in a fine no more than $1,000, jail time for no more than six months, or a combination of the two.

The city council unanimously approved the ordinance and with no discussion. Councilmembers Kristin Inman and Hillary Parker-Thomas were absent.