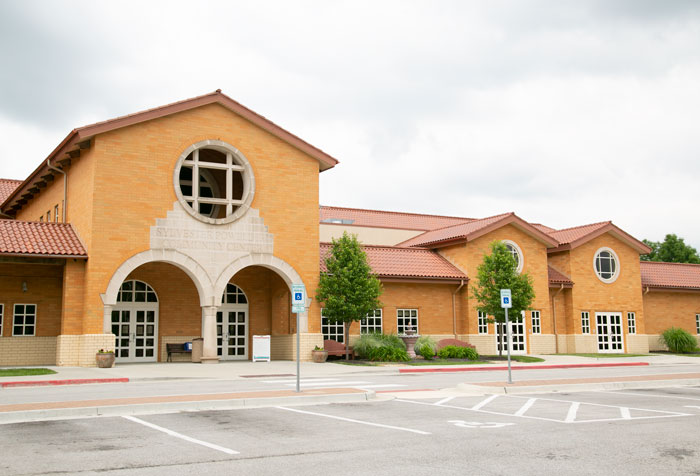 The community center previously allowed people to remove their masks while intensely working out and while eating or drinking during room rentals. File photo.

Mission city staff  brought forward facility procedure adjustments during the Mission City Council meeting Wednesday, based on experiences and feedback from the Sylvester Powell Jr. Community Center being open for a little more than one month.

“I know that we’ve, statewide and in the county, continued to see increases in COVID-19 cases and we’ve been continually evaluating that and discussing impacts,” said City Administrator Laura Smith.

Smith and Penn Almoney, parks and recreation director, recommended the following adjustments be made to the current community center operations:

The above recommendations will keep the community center moving in the right direction in a feasible manner, Smith said. Councilmember Sollie Flora encouraged city staff to reconsider requiring masks throughout the facility as the city plans to avoid a community center closure at all costs.

“I would just encourage staff to revisit again if we should have a consistent mask policy across the facility that might allow for easier enforcement,” Flora said. “I think more people might consider attending, because that’s what I’ve been hearing from people who have been unwilling to go back as long as there are mask exceptions.”

Smith said city staff is talking about conducting another community survey about community center modifications now that the facility has reopened. Additionally, no recommendations have been regarding the recently reopened municipal court following its second in-person docket on July 14.

The council did approve an extension of the city’s state of emergency and disaster proclamation, pushing its effective date through Sept. 16

The latest state of emergency proclamation extension aligns with Gov. Kelly’s statewide declaration through Sept. 15, Smith said. Mission first issued a state of emergency and disaster proclamation on March 13 when the COVID-19 shutdowns began, and extended it four times “to gauge the success of various reopening” plans, according to city documents.

Mission continues to extend its proclamation to stay under umbrella protection for potential reimbursements of COVID-19 related expenditures, Smith said.