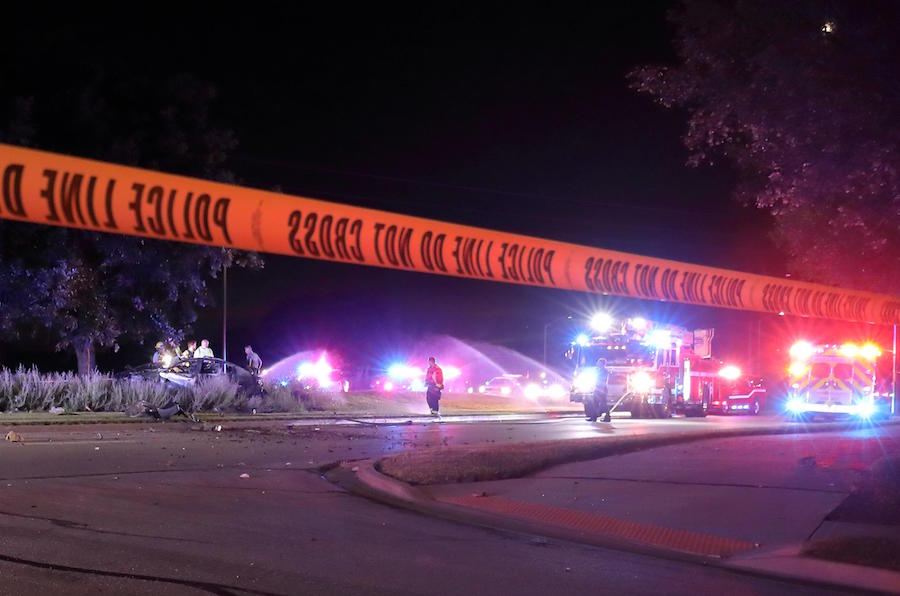 First responders arrived on the scene to find the vehicle in flames. Photo credit Mike Frizzell.

The Lenexa Police Department’s Traffic Safety Unit is investigating after one person was killed in a crash on Prairie Star Parkway late Wednesday evening.

It happened at about 9:15 p.m. in the median of Prairie Star Parkway just east of Tallgrass Drive in western Lenexa.

Lenexa firefighters worked for about five minutes to extinguish the flames. The driver was pronounced dead at the scene. An extensive search of the immediate area was conducted to ensure no one had been ejected from the car. No one was located in the search.

Police believe the car was driving westbound at high speed when it left the road.

“[The car] left the roadway into the center median and struck large landscaping boulders,” Chavez said. “We don’t have any info on the deceased yet.”

The crash forced officers to close Prairie Star Parkway in both directions between Lone Elm Road and Prairie Creek Road for several hours.

No other details were immediately available. Check back with this report for updates.