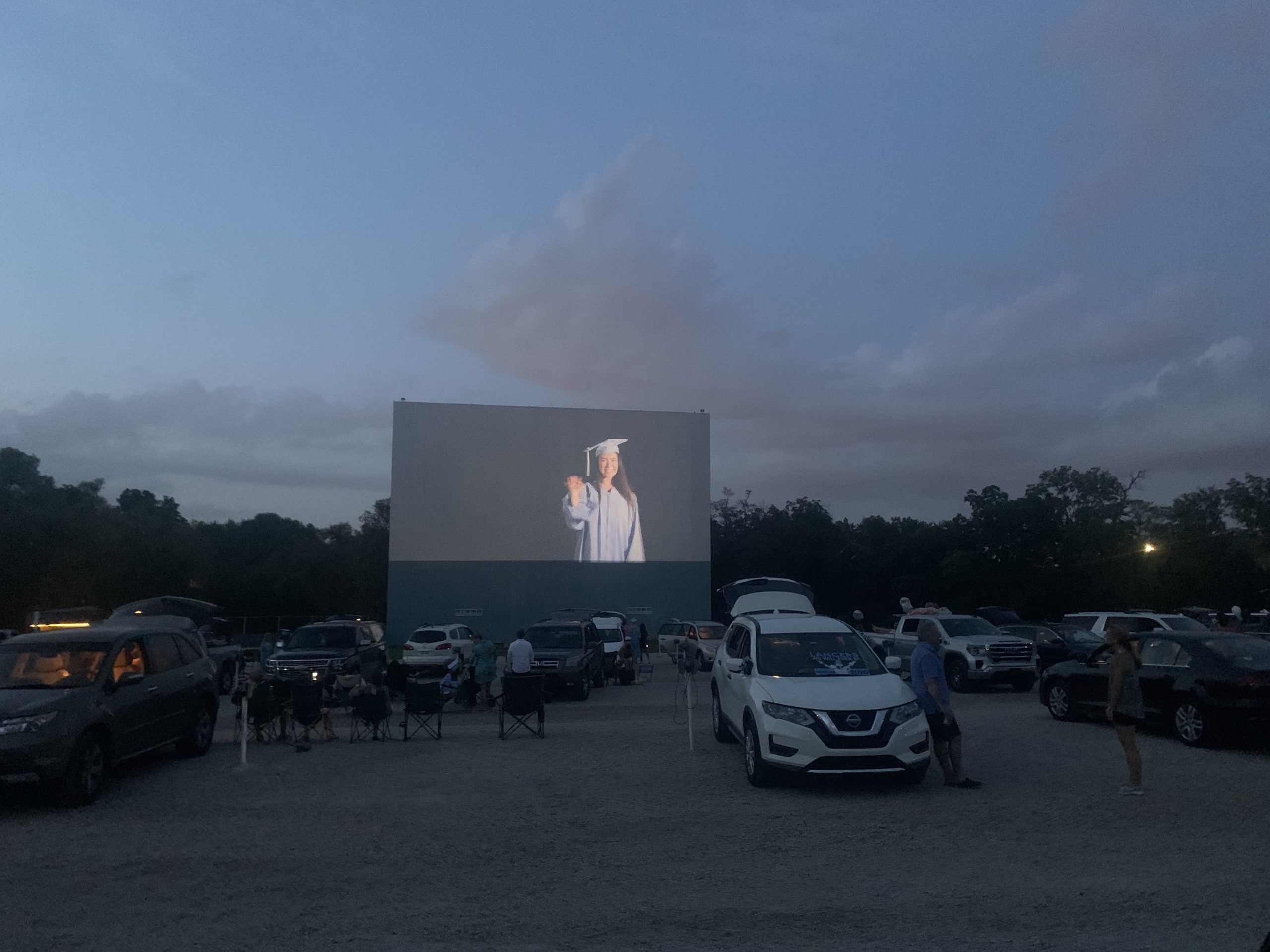 Graduating seniors from Shawnee Mission East were invited to participate in a parent-planned commencement ceremony. As seniors walked across the makeshift stage, their image was projected onto the big screen at Boulevard Drive-In Theatre in Kansas City, KS.

Last week, the Shawnee Mission School District announced that their previous plans for in-person, district-sponsored graduation ceremonies were cancelled. Parents immediately got to work planning a ceremony of their own.

“People put their heads together quickly and said ‘Hey, we can do something for the kids and be smart about it,’” Shannon Beck, the mother of a graduating senior, said. “You do the right things.  We’re not throwing a big party without any precautions. We’re just trying to do the best we can, in this climate, and have them experience it.”

Attendance was limited to one vehicle per family and anyone who stepped out of their car was expected to have a mask on.

“We’re just trying to do the best for our kids, and they had so much taken away. Anybody that had a senior this spring, you really can feel the grief,” Beck said.

Beck said her daughter was expecting the in-person commencement to be cancelled, but when she learned she would get the chance to have at least part of a normal senior year experience, she was ecstatic.

“It was the first time I saw her excited about something [in awhile], and it’s … pretty special,” Beck said.

During commencement, students stood on a makeshift stage and their poses were broadcast onto the main screen. They walked alphabetically, broken down into smaller groups. After students walked in their brief ceremony, the virtual graduation video put together by the district played.

Dakota Obrock, who plans to attend Johnson County Community College in the fall, said the “nontraditional” ceremony matched the dynamic of her graduating class perfectly. It also gave them back something after they gave up so much, she said.

“It was a nice gesture for the families to throw on for us so it gave us something to look forward to since everything else was cut short,” Obrock said.