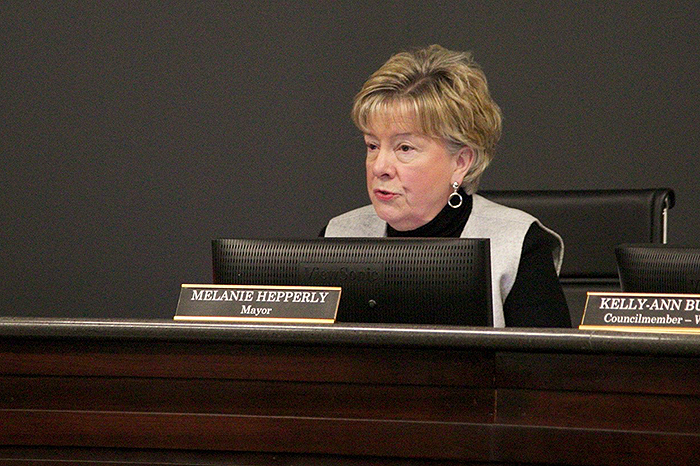 Mayor Melanie Hepperly said she does not support mandates, but moved the mask mandate forward after hearing from several residents who are medical professionals asking the city to take action. File photo.

The Fairway City Council on Monday evening adopted a public meeting policy to expand and align its public comment language with current practices.

The adoption comes after an administration committee review — conducted after a May city council meeting in which the public sometimes repeated similar points — found the city’s public comment policy did not reflect current practices. Mayor Melanie Hepperly tabled a formal decision in June on an updated policy draft after it drew criticism from both the city council and the public.

Hepperly said the phone calls and emails she’s received made it clear that some listened and heard her concerns at the June meeting, and others listened and misunderstood. She addressed comments about the proposed policy being a “big change” for the public interaction with the city council, and it not being the right time for the city to consider limitations to public comment.

“That is not at all what I was doing,” Hepperly siad. “I was not making limitations to the current practice, I had actually loosened those public comment opportunities and made them more readily available to the public.”

Below is an overview of the changes to the city’s public meeting policy, as outlined by city documents:

The policy did not change council committee chairs’ authority to decide whether or not the meeting will have public comment. Additionally, planning commission meetings and board zoning appeals do not have public comment policies, Hepperly said.

Councilmember Jenna Brofsky suggested notifications about council committee meetings include the chair’s contact information so public comments can be recorded. Councilmember David Watkins suggested a city staff member be in charge of such record keeping, to which Hepperly and the city council agreed.