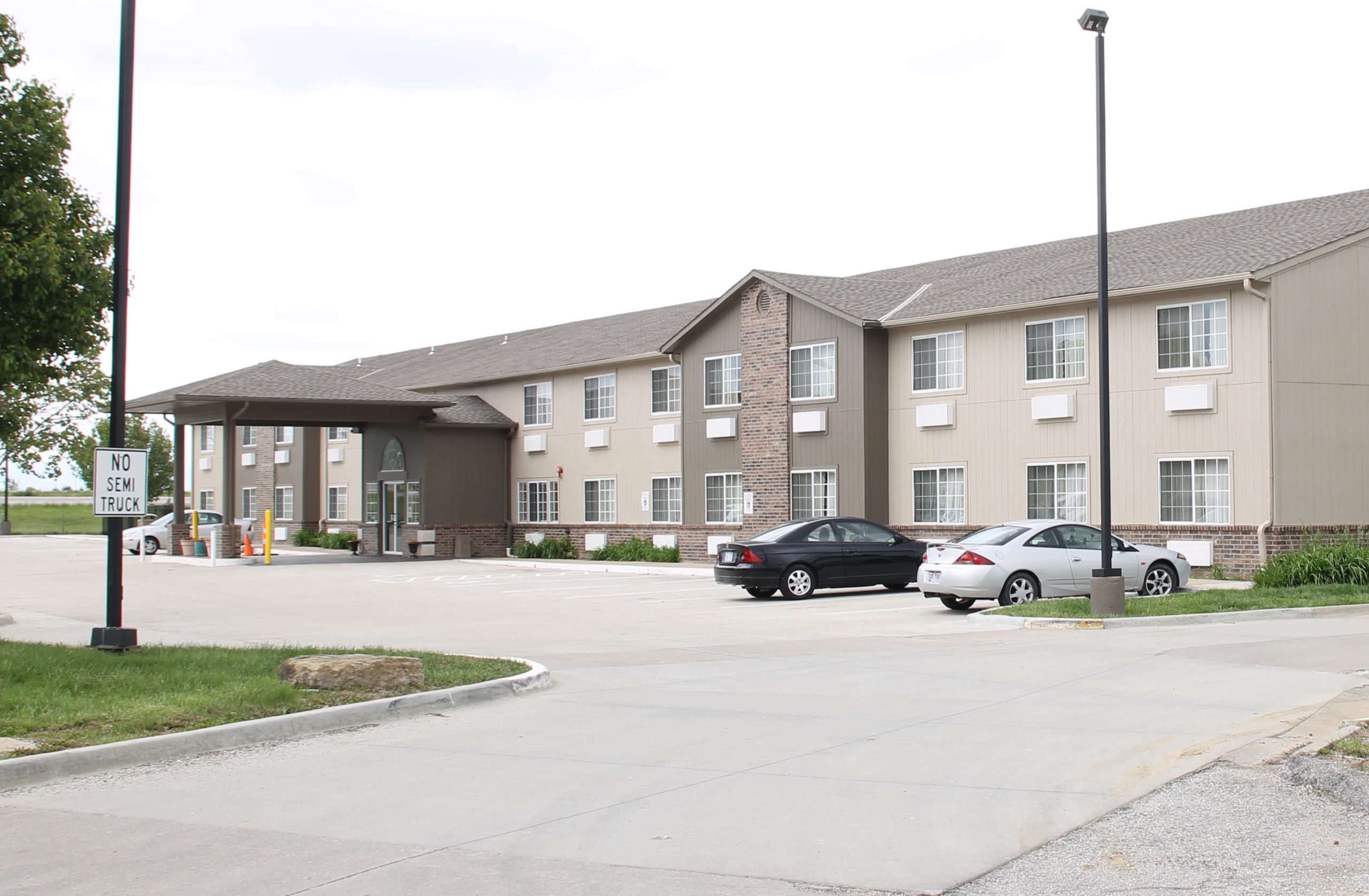 A motel that has been newly established as an isolation center for people relating to COVID-19 sparked an angry response from county Sheriff Calvin Hayden and Commissioner Mike Brown Thursday, as well as a tense exchange with Public Health Director Dr. Sanmi Areola.

Hayden blistered Gov. Laura Kelly for allowing the state to send five people to the 56-room Super 8 motel in Gardner. Brown called the idea “damn near criminal” and attempted to put some of the blame on Areola for not directly notifying commissioners.

According to information provided later from the county, there are five people isolating at the motel. Four are employees of Osawatomie State Hospital placed there by the state and the fifth is a Johnson County homeless person who was placed by the county Emergency Management department.

Although discussion at the commission meeting Thursday characterized the new motel residents as COVID-positive, that information was not confirmed by other sources. The isolation center is also intended for people in high-risk situations who need someplace to isolate to protect others.

At the meeting, Assistant County Manager Joe Connor said the people are limited to one floor of the motel and that the air flow is managed. There is around-the-clock supervision at the shelter by six to eight temporary staff and the residents are not allowed to come and go as they please, county officials said.

The site is staffed and managed by the Kansas Department for Children and Families. That department operates non-congregate housing for people who have been exposed, have COVID-19 or are high-risk and in need of a sheltering spot. The department also manages sites in Leavenworth, Emporia, Liberal, Manhattan and Dodge City.

Hayden and Brown both were incensed that the facilities could be opened without consultation of the commission and law enforcement, and Brown was particularly irate that it houses people from other counties. He wondered aloud if Miami County, where Osawatomie State Hospital is located, has hotels that would have been suitable.

“We brought positive COVID-19 patients into the heart of my district around people who aren’t generally sick. That’s damn near criminal. That’s wrong. How dare the governor decide to just import that into Johnson County,” Brown said. He then suggested Kelly invite them into her home in Topeka.

After pointing out that the county jail has had no positive COVID tests, Hayden unleashed his ire on Kelly and any staff who did not inform elected officials.

Brown then cross-examined Areola about whether he knew of the shelter and whether he told elected officials.

Areola said he was aware of the plan because he’d been asked by other county staffers if he had any objections to it. He said he did not have objections. Whether the shelter takes out-of-county patients and where it is located was not his decision to make, he said.

“I have no issues with (the shelter). We do need places to put people that are positive,” Areola said. He added that since the shelter residents can’t come and go freely, he did not see a health risk to the community.

“Why is it here? Why am I dealing with this?” Brown said. “The governor made the decision. The doctor didn’t raise a flag. But here we are.”

But Areola said the decisions to establish the shelter were not within his purview. “I am not going to accept responsibility for what I did not do,” he said.

The Department for Children and Families opened the first sites in April. They remain open as needed by individual communities. According to a DCF release late Thursday, individuals are not required to stay at the facility, but the county health officer is notified if they do leave.

Examples of people who might be in the shelters include not only those with COVID-19 but some who live in congregate settings or are essential workers who do not want to return home to expose their families.