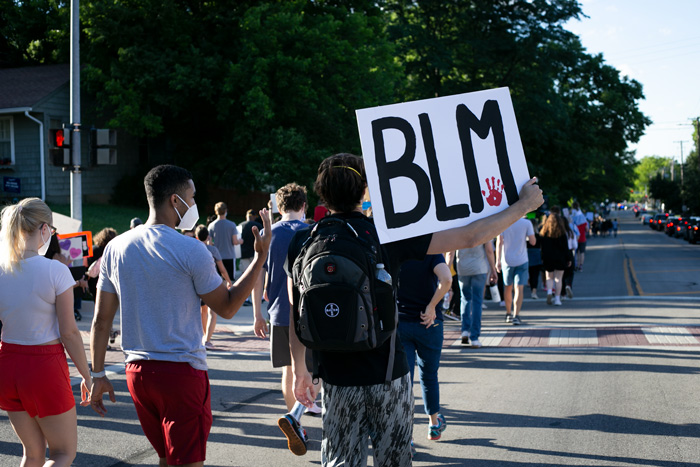 The Roeland Park City Council this week discussed the first draft of a racial equity resolution and agreed to consider a racial equity and diversity ad hoc committee at its next city council meeting.

Mayor Mike Kelly, with input from the entire governing body, drafted the resolution in the continued effort “to make Roeland Park a community for all.” Since he’s only had experience being a white male, Kelly asked councilmembers to get constituent input and gather various viewpoints.

The resolution included the following three actions, as outlined in city documents:

Roeland Park resident Stephanie Iser said she was excited to see the resolution and was eager to learn what it would look like in practice. Iser encouraged the governing body to let people of color, scholars, activists, organizations and policy groups looking at racial equity inform their work.

Councilmember Michael Rebne asked if the city wanted to briefly acknowledge “how systemic racism has manifested” and created the city’s largely white population today. Councilmember Tom Madigan said he thinks the resolution needs to address the problems of today, and that councilors needed to ask for expert help to determine those problems.

Councilmember Jan Faidley agreed with Madigan’s sentiments about asking for help, and said the city needs people of color at the table who can speak to those problems.

“We need to go to the people in our community — people of color — who have experienced this racism, as painful as it can be, and somehow open that dialogue and listen and include their voices here,” Faidley said. “Otherwise, I don’t think this will be a very good resolution for Roeland Park.”

Rebne said he agreed with both Madigan and Faidley that people of color need to be involved, and said history can also be included in the resolution.

No formal action was taken, but the city council agreed to move the resolution to unfinished business at the next city council meeting. Depending on the community input received, the resolution may be workshopped once again. The racial equity and diversity ad hoc committee will be on the July 20 agenda under new business.