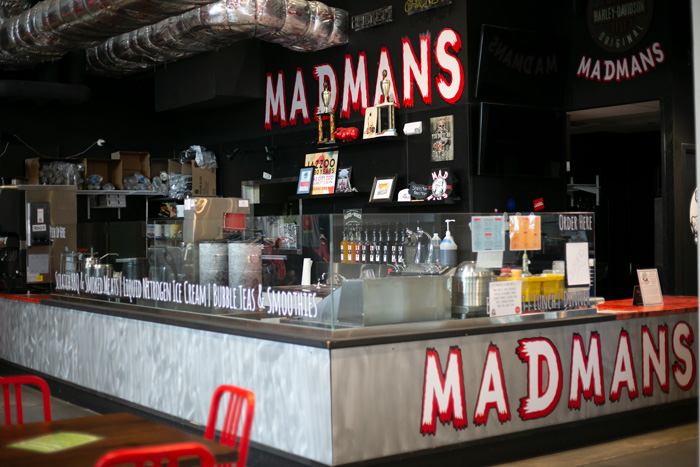 Two merchants at the Lenexa Public Market this summer decided not to reopen.

“Mad Man’s was really a pioneer with us; they came in initially as a sweet shop but with the shifting of vendors, they became an anchor vendor and were always a great partner and great members of the market family,” said Carmen Chopp, public market manager. “And same with Susan Hagenkord with Abitino Bianco; she is an amazing businessperson, she is very sharp, knows what she’s doing and is really good at what she does.”

In a Facebook post last month, Mad Man’s KC BBQ cited the COVID-19 pandemic as the predominant cause for leaving the market.

“Unfortunately, due to the COVID-19 outbreak and subsequent market conditions, we don’t feel as though we can operate in a way that provides stability to ourselves, our employees or our customers,” the business wrote.

Mad Man’s KC BBQ’s lease officially ended June 30, but the business had been shut down since March. Chopp said the rising costs of ingredients such as beef played a factor.

“It really was this weighing and balancing of do we… hang it up and wait this thing out in a way that makes financial sense for us, and that really was what they decided to do,” Chopp said. “They’re going to see how this thing plays out. If… things kind of open back up next year, we’ll probably see them again, but there’s no guarantee.”

Mad Man’s was one of the first anchor merchants to open in the Lenexa Public Market since the market was established in September 2017.

While the Olathe-based clothing boutique, Abitino Bianco, did not renew its 18-month lease the store will continue selling merchandise online.

As to next steps for the market, Chopp said the city is exploring options for long-term vendors or possibly short-term popup merchants while the market rides out the COVID-19 pandemic.

“What I can say is I’ve been really surprised at the level of interest that we have in that space for a permanent vendor,” Chopp said, noting about half a dozen “viable, potential” merchants have reached out in the past few weeks. “As soon as we made the announcement, people came out of the woodwork.”

The Lenexa Public Market will work to return to its original vision of a space primarily for food merchants, with only about 10% of market space for non-food merchants, Chopp said.

Within the past three years, market staff have learned that customers primarily come to the market for food and events, compared to non-food merchants, she said.

Chopp said she’s encouraged that customers are still coming to the market, even with the mask requirement and social distancing in place.

“We worked really hard to open that space and it was bumpy for a while, so we’re kind of used to it,” she said. “That’s part of the market atmosphere, is uncertainty and flexibility and spontaneity. So we try to roll with it and make the best of it. It’s not a woe is us story. It’s hopeful.”