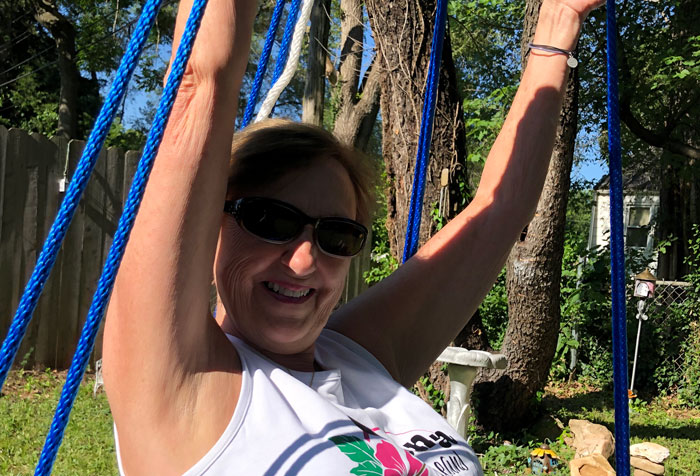 Roeland Park resident Sallie Jones was touched by the community support she received after asking neighbors for help putting together a care package for her friend with breast cancer.

Jones, who has stage four metastatic breast cancer herself, asked the community via Nextdoor for any items that might bring a smile to her pink sister Jennifer’s face. Soon enough, Jones was flooded with messages asking how to help, where to drop donations and one neighbor who was out of town that sent her $50 for Jennifer via Venmo.

“It was just unbelievable that those people came through,” Jones said. “[Jennifer] had a tear in her eye, she just couldn’t believe it… I am just so pleased to live in such a great neighborhood.”

Jennifer’s stage four metastatic breast cancer has metastasized to her lungs, so she is now on 24-hour oxygen, Jones said. Although Jones is battling her own cancer — including going on eight years of getting chemotherapy treatment every three weeks — she said she’s always felt it is better to give than to receive.

Residents from Roeland Park and neighboring communities provided Jennifer with boxes of food, toilet paper and other toiletries, clothes, books and toys for Jennifer’s four young daughters, Jones said. But this isn’t the first time Jones’ neighbors have rallied to support her: Jones’ requests for a standing floor fan and supplies for a DIY tire swing were answered with enthusiasm, she said.

“It’s so wonderful, I can’t say it enough,” Jones said. “I’m so blessed to live here, and I hope I can live here for a little bit longer and, you know, just be a part of this community.”