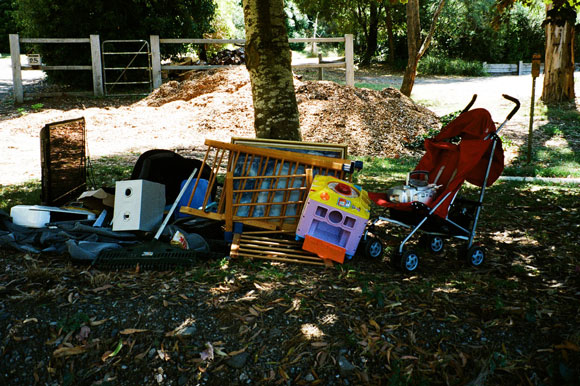 Because of increasing costs, this may be the last year for Overland Park’s bulky item trash pick-up, say members of the city council’s Community Development Committee.

The committee voted unanimously Wednesday to hang on to the program for one more year, despite an 83% increase in the cost being charged by Deffenbaugh Industries. The agreement will likely mean dipping into the city’s reserves, but committee members were concerned that eliminating the popular program on short notice would add to the stresses of the pandemic. Instead they asked staff to start looking at alternatives for future years.

“This is one of the programs that our residents do love. But it’s getting unaffordable,” said Councilmember Curt Skoog, committee chairman. “My inclination is that this is the last year of the program as it is.”

Pending council approval the collection of large items like furniture and appliances will take place for roughly 27,000 households west of Antioch Road this fall.

Deffenbaugh charged $105.50 per ton of materials last year, but asked for $192.70 this year. The higher price reflected the increased labor and equipment costs for the specialized pick-ups, said Lisa Disbrow, spokesperson for Waste Management of Kansas, Inc., in an email.

Skoog noted that trash collection has changed the past few years, making collection of large items more of a problem. Trash haulers have phased out their rear-loading trucks and three-person crews are needed to handle the larger items. As a result, the curbside pickup of couches and the like now demands more equipment and people than would be used for regular removal.

Estimates are tricky during the pandemic, but if this is a normal bulky-item year, the new rate would likely cost the city $180,000 — about $50,000 over budget. That number could be higher if residents put more out than expected.

The council had the option of delaying the pickup until 2021, and Councilmember Holly Grummert asked if more alternatives, such as drop-off sites, could be explored. But committee members were reluctant to dump the program this year because of its popularity and the late notice. The program typically takes place over four weekends in September and October.

Councilmember Faris Farassati said with people stuck in their homes and stress levels high from the coronavirus outbreak, this is, “not the right time to cut it.”

The 32-year-old bulky item program has undergone some changes in recent years. In 2016, residents were limited to five items and could no longer leave fencing and construction debris. Two years ago mattresses were separated for collection and recycling by non-profit groups.