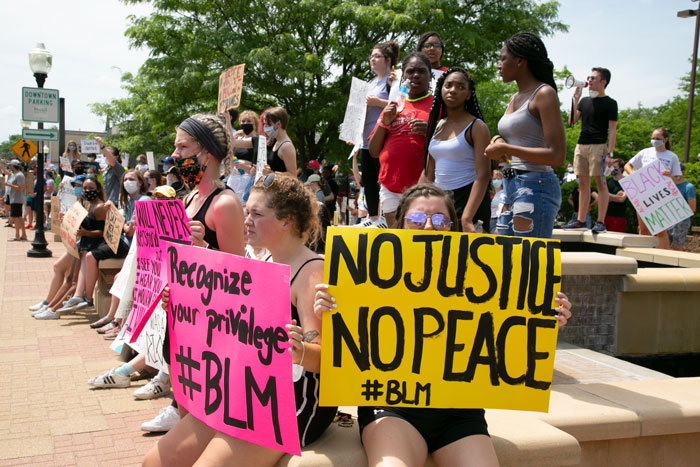 The city council moved the resolution discussion to the July finance and administration committee meeting, and rather than rework the draft as intended, City Administrator Laura Smith presented a plan “for education, review and action.” Smith said conversations about racial inequities and police policy reviews are not intended to condemn the city’s police department, but are integral for education.

The action plan was met with support from the governing body including Councilmember Arcie Rothrock — the sole person of color on the council who had concerns about the lack of people of color involved in the June resolution. Rothrock asked to include various methods of participation during the community forum for those who may not be comfortable speaking or reading questions aloud.

Councilmember Sollie Flora, one of the two who spearheaded the Black Lives Matter resolution, apologized to Rothrock for not reaching out to her during the drafting of the resolution. Flora then echoed Smith’s earlier sentiments that the action plan nor the resolution were attacks on the police department. Police Chief Ben Hadley said he and his command staff were excited for the opportunity to educate the community about the department’s policies.

“We’re excited to have the conversations and hear from everybody and to talk about what we do, and if changes need to be made or what the community wants,” Hadley said.