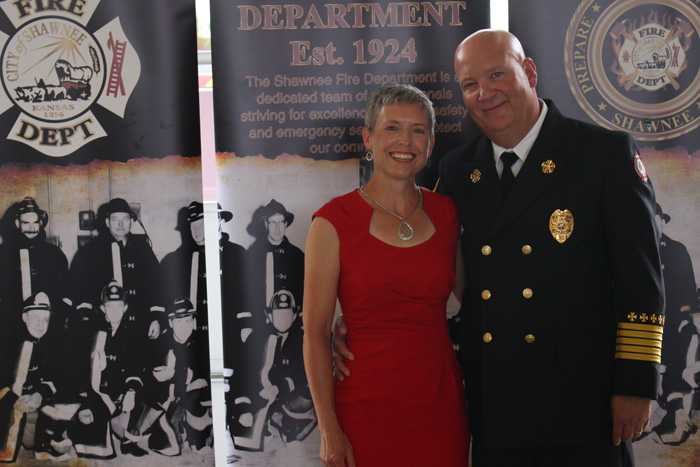 Potter replaces Chief John Mattox, who is retiring this summer after serving more than 40 years in the fire service.

Potter recently served as the deputy fire chief for the Pueblo, Colorado and has served more than 30 years in the fire service.

Chief Potter’s official start date was Monday, June 29. He and his wife, Margaret, are relocating to Shawnee. They have four children and three grandchildren.

The scholarship was established in memory of Betty Charlton, a long-time Shawnee Chamber of Commerce employee, to provide education assistance to outstanding, area high school seniors, according to the chamber. The scholarship selection committee focused on community involvement and leadership skills to select the winner. Burke and Blubaugh met or exceeded all the criteria for this scholarship with their outstanding extracurricular, academic achievement and community activities.

The House of Representatives Monday passed the Patient Protection and Affordable Care Enhancement Act that would provide Kansas funds to expand Medicaid.

U.S Rep. Sharice Davids voted to pass the act, which would also lower healthcare and prescription costs and protect those with pre-existing conditions. Davids said in a release that while Kansas has come close to Medicaid expansion, it’s always fallen short.

“I’ve long fought to help Kansas finally expand Medicaid and I was proud to have secured key measures in this bill to help our state cover the cost of expansion, meaning an estimated 150,000 Kansas would receive access to quality, affordable healthcare,” Davids said in the release.

Davids said it’s important to build on the current progress during COVID-19, and encouraged her colleagues in the Senate to vote on the act immediately. Gov. Laura Kelly said Medicaid expansion will be introduced in the next session, and she hopes “Republican Leadership puts politics aside” and helps “bring this life-saving care and funds to Kansas.”

“I applaud Representative Davids’ efforts to get healthcare for the people in our state who desperately need it,” Kelly said in the release. “But at some point, Kansas Republican leadership needs to decide if clinging on to this punitive, bad faith argument is more important than helping the people they were elected to serve.”