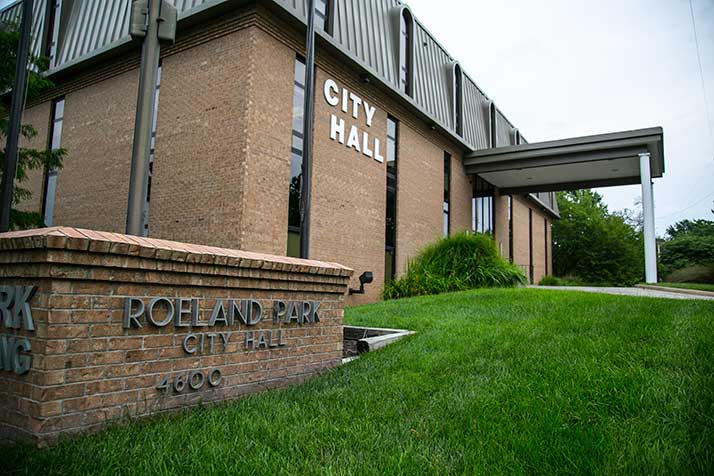 Unless there is a public safety threat or crime in progress, Roeland Park police officers will not provide resources or assistance to Immigration and Customs Enforcement. File photo.

City staff normally conducts periodic reviews of Roeland Park Police Department’s operating procedures, which have historically been developed and maintained in house. Although there is an option for a Lexipol annual review, an ad hoc committee would work with Lexipol’s expert staff for a one-time fee of $11,000.

“I fully support this idea with the current environment in our country,” Councilmember Tom Madigan said. “I think we need to do everything we can to make sure we have all of our bases covered.”

Prior to the policy review discussion, Mayor Mike Kelly said he intended to take the pledge and commitment to the My Brother’s Keeper Alliance from the Obama Foundation. The pledge includes a review of use of force policies, community engagement through a diverse range of input and experiences, and corresponding reform.

Councilmember Michael Rebne asked, given the national and local conversations about racism and policing following the killing of George Floyd, how the city looks at racial bias, use of force, and police brutality specifically. Rebne said these topics are not only at the top of minds nationally, concerns have been raised by his constituents.

Kelly said he thinks using a professional service is a step in that direction, and that he likes the option to involve an ad hoc committee to look for various viewpoints. Additionally, Kelly encouraged councilmembers to work on a Black Lives Matter resolution — something other cities have already passed/considered — to discuss at a future council meeting.

“I think there’s a good starting point here, and as the discussion continues, we can identify needs specific to the community of Roeland Park,” Kelly said.

While a Black Lives Matter resolution is important, Rebne said he thinks it’s equally important to show support through policy and actions. Kelly said he agreed that “action speaks louder than words.”

The city council did not object to moving the agenda item to new business at the next city council meeting on July 6. Councilmember Jennifer Hill was absent.