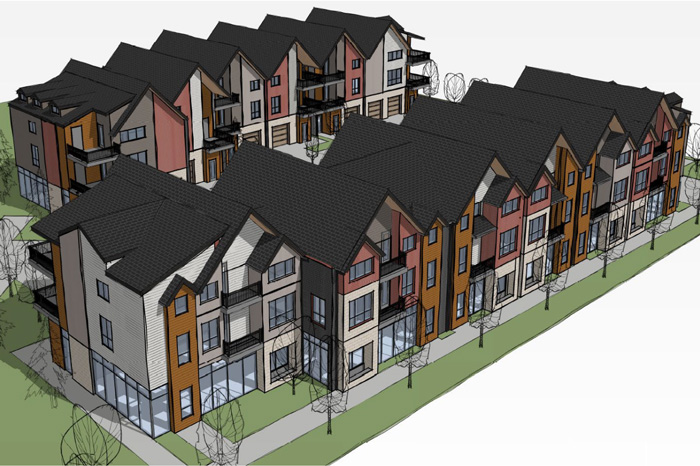 Located at 6115 Nieman Road, the Nieman Catalyst Site will go under the ownership of Box Real Estate Development, which is building a live/work concept on site in downtown Shawnee.

The city of Shawnee is selling surplus property along Nieman Road to a real estate developer planning a live/work development on the site.

Located at 6115 Nieman Road, the Nieman Catalyst Site has been part of the city’s efforts to reinvest in the Nieman corridor and downtown district.

Box Real Estate Development, the new property owner, plans to develop the site into a live/work concept modeled after buildings found in Erfurt, Germany, one of Shawnee’s sister cities. The concept, called Blume Development, includes two 3-story buildings with residential units on the upper floors and commercial/work space on the first floor. Rear entry garages are also included on the back side of the first floor work spaces.

The roughly 2-acre site was previously considered surplus property, which construction crews have used for staging and storage for the Nieman Road improvements. Those public improvements are wrapping up this summer.

The Shawnee City Council on June 22 voted 6-0 to approve the sale and transfer of the property to Box Real Estate Development for a purchase price of $144,000. Councilmembers Lindsey Constance and Matt Zimmerman were absent.

The project is eligible to receive tax incentives from the federal Opportunity Zones program.

The city council in August 2019 unanimously supported the live/work concept as presented by Russell Pearson of Box Real Estate Development.

Pearson presented more updated design concepts to the city council last week before the council approved the purchase agreement. Here are some other images: 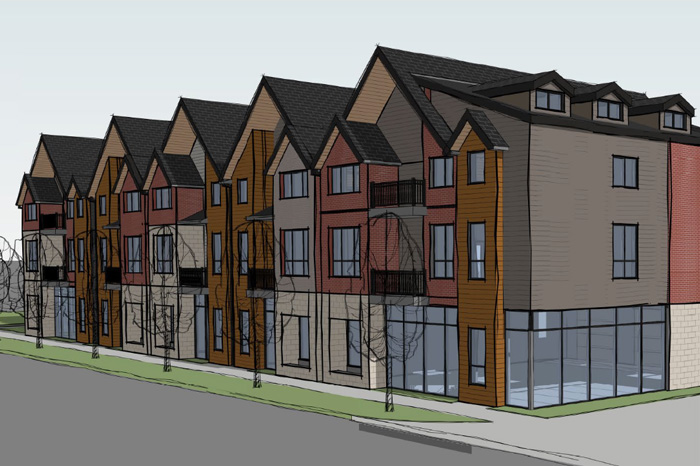 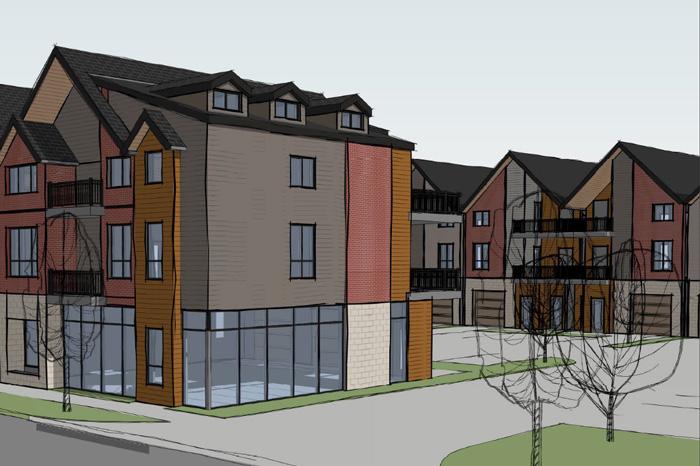 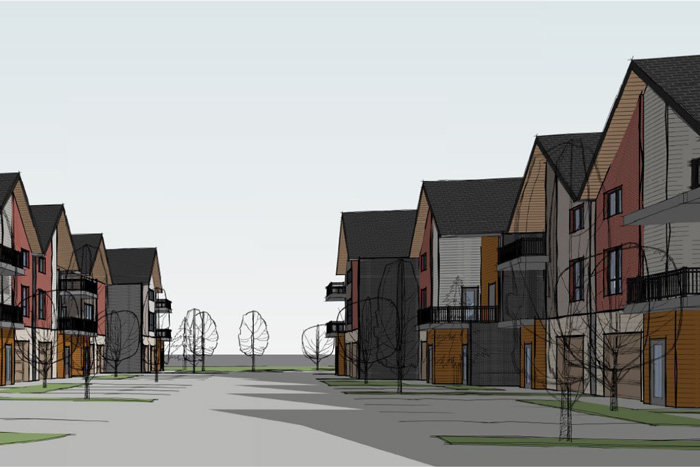 Design guidelines for the project include a walkable site featuring a central courtyard and vertical townhomes, with a look that is unique to Shawnee and appeals to the Kansas City market, according to the developer.

The residential lofts will be available for lease or lease to own.

The live/work model will come in two styles.

Pearson said he was “very conscientious” about the impact on the neighborhood of single-family homes. When designing the project, he said they also sought a “loft-living” feel in a walkable, downtown environment.

“These were originally designed to be taller,” he said. “The original concept was a lot more intense apartments above commercial space. It didn’t feel like the right solution in that location. It felt like this site needed to transition from commercial to single-family, and there’s really no better way to do that than what are effectively high-end condos. You can’t get this product anywhere in the city.”

Roeland Park, neighboring communities pull through for resident and friend, both with stage 4 metastatic cancer