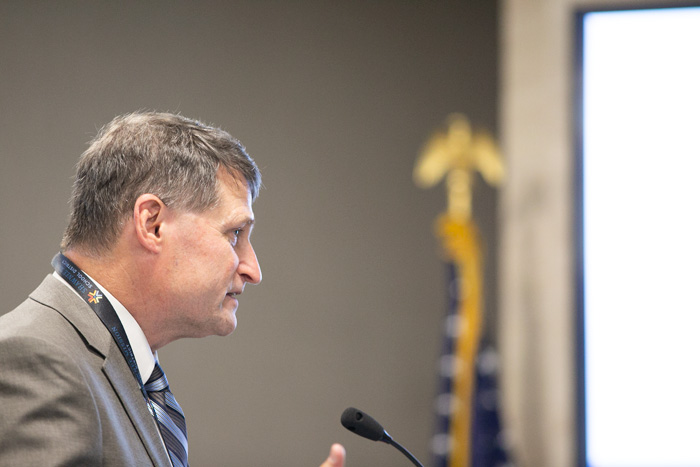 Superintendent Mike Fulton said the independent investigator would review not only the allegations against Colwell, but also the district's internal investigation process. File photo.

The Shawnee Mission School District will hire an outside investigator to look into allegations of inappropriate conduct by an administrator following the publication of a story in Sunday’s Kansas City Star that detailed accounts of bullying, sexism and racism at Horizons, the district’s alternative high school.

In a special board meeting conducted remotely Tuesday morning, the board of education approved the expenditure of up to $45,000 to retain Shelly Freeman as an independent investigator. Superintendent Mike Fulton told the board that Freeman would review “new information” that had come to light in recent days, as well as the district’s investigation process into the original complaints.

The article by Star reporter Sarah Ritter included detailed accounts from students and staff members who observed former Horizons Principal Paul Colwell at the school. The story noted a range of comments targeted at vulnerable students, including alleged mistreatment of a transgender student who became suicidal as a result. The district has announced earlier this year that Colwell would be reassigned from Horizons to become an assistant principal at SM West this fall.

At Tuesday’s board meeting, Shawnee Mission South Board Member Jessica Hembree pressed Fulton on whether the independent investigator’s work would include a review of the district’s process for investigating complaints about staff members.

“And I’m just trying to confirm that if there were any portion where we had complaints in front of us that we didn’t fully investigate that left students at risk, we would know that through this independent investigation as well,” Hembree said.

“We would know that through this investigation, that is true,” Fulton responded.

On Sunday, the district released the following statement on the Star’s story:

The article included new information not previously reported. Given the new information contained in the article, and due to the now public nature of this issue, the district will secure a third party to conduct an independent and confidential investigation.