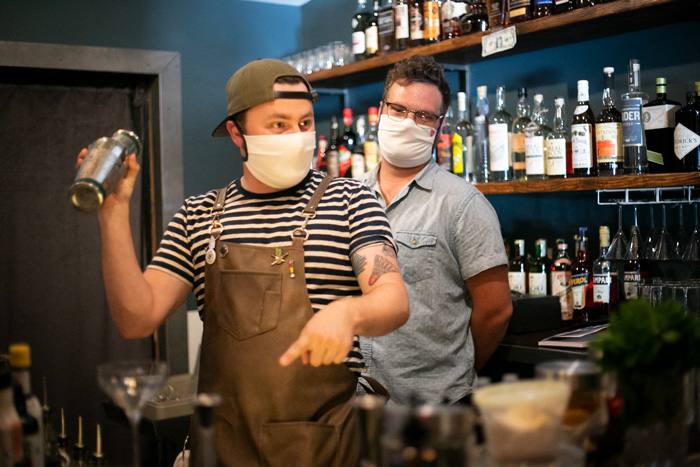 Johnson County vaccine clinics will begin offering appointments to "high contact critical workers" this week, including grocery story employees, and those who work in the restaurant and bar industry. Above, bartenders at Drastic Measures in Shawnee wear masks as they serve customers. File photo.

Drastic Measures has opened for business this week in downtown Shawnee.

The new cocktail bar had a soft opening Monday at 5817 Nieman Road, the site of the former Mercy & Truth Medical Missions clinic.

Co-founder Jill Cockson, who owns Swordfish Tom’s in the Crossroads District in Kansas City, Missouri, teamed up with Kansas City native Jay Sanders and local couple Derick and Shelley Shackelford to get the cocktail bar up and running this summer.

“We’re just really grateful that we were able to mostly stay on track through the quarantine,” Cockson said, noting her gratitude and support from the Shackelfords, who own the building and were involved in renovations. “We’re happy to finally be here.”

Cockson said they’re excited to add something new to the mix of offerings downtown, including McLain’s Market, which opened a few weeks ago, as well as two microbreweries, a tavern and two restaurants.

“It’s a great little neighborhood,” Cockson said. “There’s some cool stuff popping up, so we’re excited to be a complement so we’re not directly competing with anybody.”

During the COVID-19 pandemic and quarantine, Drastic Measures is operating under social distancing and cleaning regimens. Masks are required, and only 40 guests are allowed inside at one time. To facilitate the headcount, customers are required to knock before entering. A light outside the door glows green when the cocktail bar has room for more guests, and it glows red when the bar reaches capacity.

The cocktail bar features soft mood lighting and various lounge areas in a totally renovated space, complete with “geometrically and mathematically inspired” handcrafted light fixtures and a countertop covered with rulers as a play on words inspired by the bar’s name, Sanders said. He particularly enjoys the modern renovations juxtaposed with the original limestone walls built in the 1850s.

“Definitely a lot of thought and a lot of love went into it, so shout-out to Derick Shackelford,” Sanders said.

The menu features 12 signature drinks with riffs on classic cocktails. Nearly every spirit is represented on the menu, Sanders said, noting that the drinks have “drastic” twists “but in a measured way.”

“I’m from Kansas City; I’m just proud to be able to do what I love in where I grew up,” Sanders said. 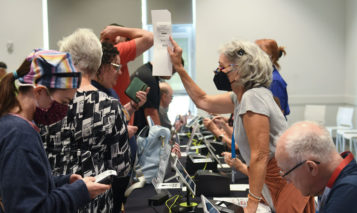 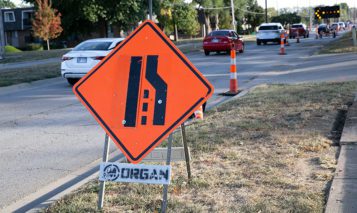 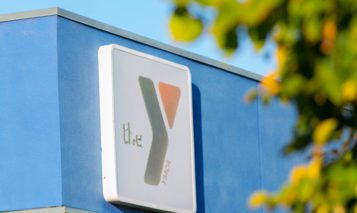