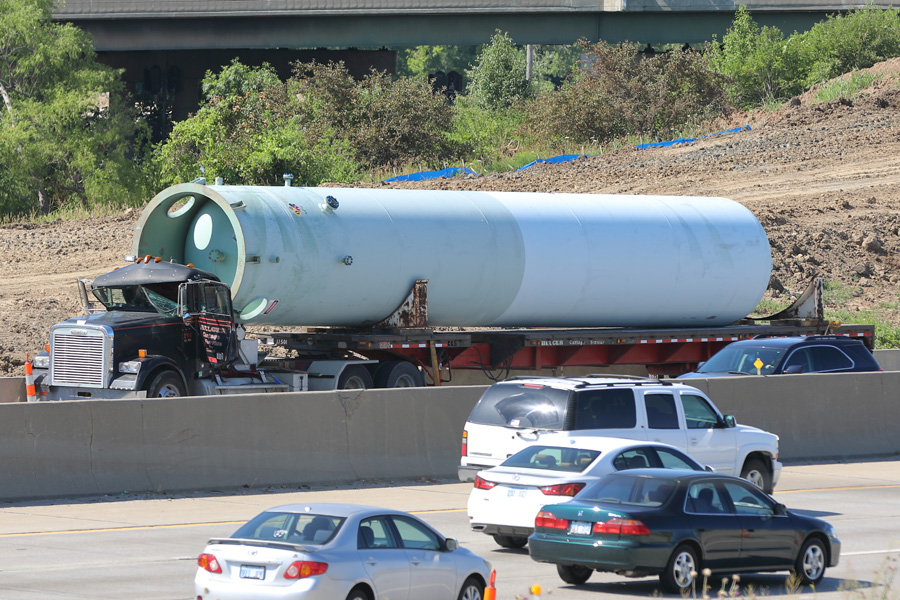 The storage tank being transported on the back of the tractor trailer shifted forward and hit the cab, pinning the driver inside. Photo credit Mike Frizzell.

A Johnson County, Missouri, man was seriously injured in a crash on southbound Interstate 35, which snarled traffic for several hours Wednesday.

Overland Park firefighters responded to the crash scene and worked for about five minutes to safely extricate the driver. The man, identified by troopers as a 40-year-old man from Centerview, Missouri, was transported by Johnson County Med-Act to the Overland Park Regional Medical Center with serious injuries.

The driver of the mini-van, a 55-year-old Shawnee woman, and the 21-year-old Kansas City, Kansas, woman behind the wheel of the SUV were not injured. Troopers say all three drivers were wearing seat belts.

The crash forced troopers to close all southbound lanes of I-35 at 67th Street. The closure caused traffic on I-35 to back up beyond Johnson Drive. It also caused traffic problems on Antioch Road, where traffic was solid from 75th Street back to 67th Street.