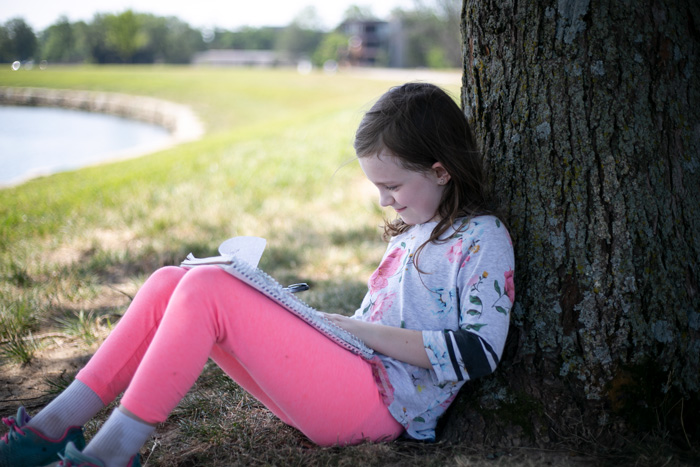 At 8 years old, Brynn Weiss has already written about a dozen stories, published her own children's book and crafted lyrics for her own album.

A Trailwood Elementary student is writing stories and selling them for $1 in a little creative side gig she started earlier this month.

Brynn Weiss, who will be in fourth grade this fall, has been using her down time to write… and write… and write. In total, she’s written about a dozen stories so far. She sells or donates the finished products to family and friends.

“I just think it’s really, really fun,” Weiss said. “Most people don’t have a topic, which means I can write about what I want, which I think is pretty fun because I don’t have limits to it. And I just like writing stories because it’s fun to be not very, very busy, but have something to do each day.”

It started with a goal to save up enough cash to buy a stuffed animal, a toy Pomeranian. But by the time she raised enough money to buy the $24 toy, she was having too much fun to stop. She’s raised about $30 so far, in part because some of her customers choose to give her more than the going rate.

Weiss said she plans to donate some of her revenue to a nonprofit. Her mother, Lindsay Weiss, said she and her husband, Matt, are proud of their daughter and happy to see the support from their circles of family and friends on her writing.

“It’s been really fun to watch her because this was her idea,” her mother said. “It definitely gave her something to do, which was nice, because it is hard to keep up with her.”

Most of the stories are fiction, but she gathers inspiration from her surroundings or topics her customers suggest. For instance, one of her stories used real-life animals that went on a fictional journey.

“Usually, I read something and then I’m like, oh this would be a good idea for this one, or they send in topics that they want me to write about,” Weiss said.

Her favorite story so far is for someone named Emily who wanted to read a story about her dogs, Lola and Chompers, going on an adventure.

“They were going to go to I think it was Dog Treat Mountain, but they had to go through all these obstacles first, like a river and a gold rush, but it’s literally like gold falling from the sky,” she said.

Weiss is already halfway through writing a sequel about Lola and Chompers — now, the dogs are going to find Chew Toy Island. The sequel is one of her pro bono pieces she’s writing for fun.

Weiss has a few more orders to fill before she reaches nearly 20 stories. But that doesn’t daunt her. She expects it only takes about three to five minutes to write each story, and she loves writing. She dreams of being an author, playwright and singer; in fact, she already published her own children’s book, “The Evil and the Enchanted,” two years ago. And she’s written an album and a half of her own songs and often reads to her 5-year-old brother, Ryder.

“Remember that night when I wrote like six songs in like five minutes?” she smiled, noting that she plans to keep writing while she has requests. “I have too many notebooks to count. Sometimes, I can’t even see my floor, it’s covered in papers.”

“Lots of energy, a big heart, sensitive to this world,” Lindsay said. “I’m very proud of her. She amazes us every day, and it’s been an awesome journey to try and keep up with her. (With) what’s going on with the world now, it’s nice to have a way to connect with people in a positive way.”

Below are the pages from her story “Launch into Space”: 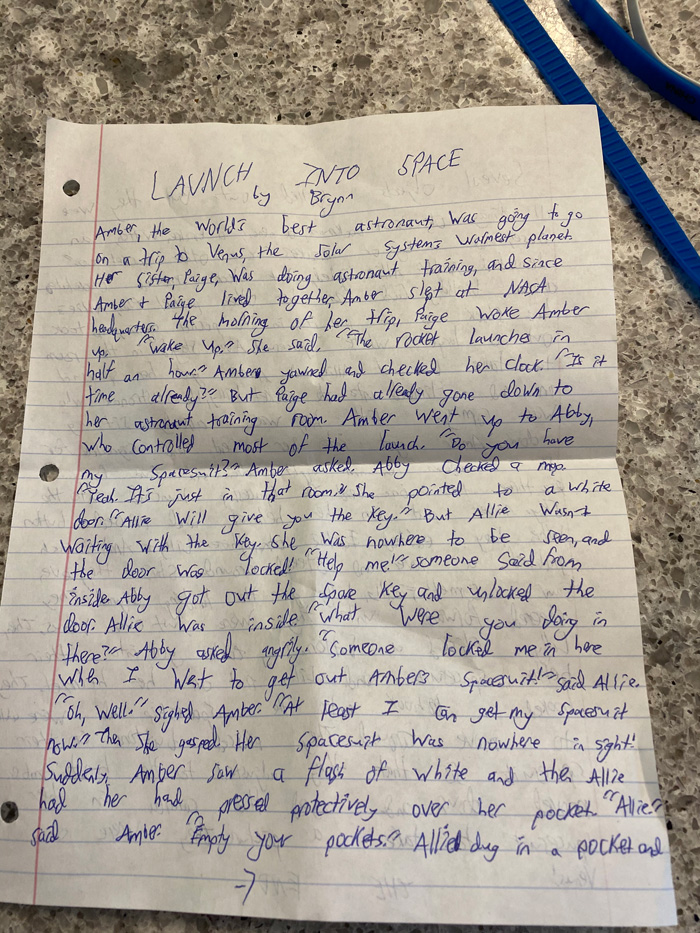 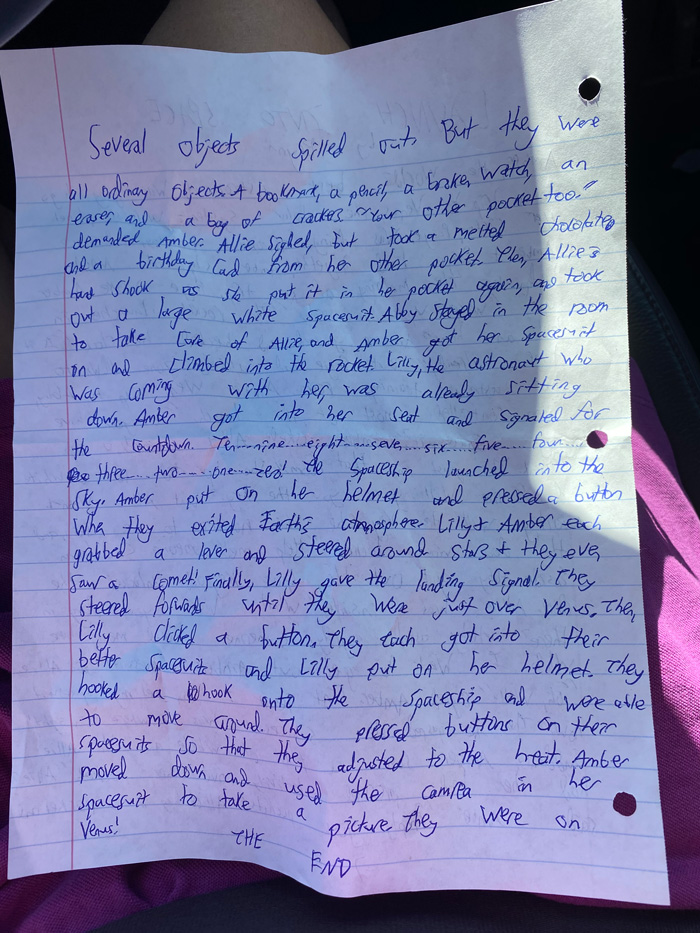