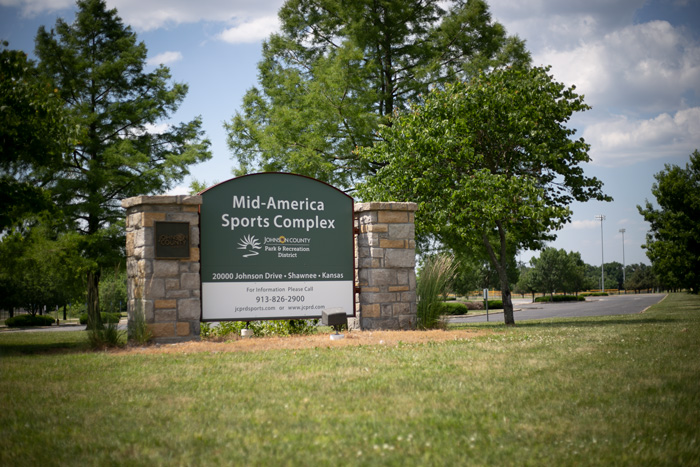 Shawnee is increasing taxes for hotel guests and sending the additional revenues to support the sports complexes along Johnson Drive. The Mid-America Sports Complex is getting improvements, including a new clubhouse, LED lighting and synthetic turf. File photo.

Located at 20000 Johnson Drive, the Mid-America Sports Complex features 12 softball/baseball fields. The complex was built in 1991, and the district has owned it since 1994, according to Shawnee city documents.

The Shawnee planning commission on Monday unanimously approved the revised site plan for the improvements. In general, these include:

In addition to these improvements that required city approval, the district is already working on  other improvements such as netting, fencing, foul poles, bullpens, bleachers, dugouts and preparation for future artificial turf.

Other goals for the project include improving accessibility and safety across the site, as well as playability of the ballfields. JCPRD is also hoping to increase the economic impact generated from the complex.

JCPRD plans to demolish the existing concession and restroom buildings and replace them with the new buildings.

The number of fields, parking footprint and circulation throughout the site remain the same, according to city documents.

The improvements will be implemented in three phases according to site location. Some images of the project are available in the planning commission agenda posted online.

A large portion of the development is in a flood-prone area near Mill Creek, but no part of the proposed plans will be located in the Special Flood Hazard Area as designated by the Federal Emergency Management Agency, according to city documents. However, part of the concession building for Fields 1-4 is required to be made from flood-damage resistant materials, due to its lower elevation.