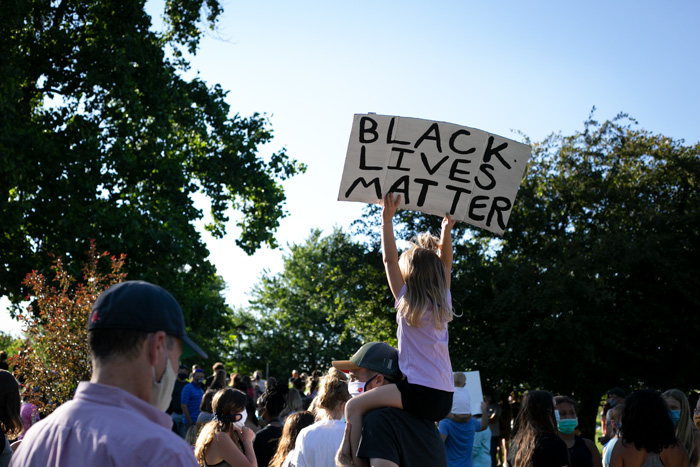 The Mission City Council last week deferred a resolution affirming Black Lives Matter and various commitments to combat racial inequity and social injustice to July 1 in an effort to gain community input and further the discussion.

Following the killing of George Floyd and the national conversations about racism and police brutality, Councilmembers Sollie Flora and Hillary Parker Thomas drafted the resolution “as we begin the conversations around these important topics,” according to city documents. The resolution drew criticism from a majority of the governing body including Councilmember Arcie Rothrock, who provided a detailed breakdown of her concerns available here.

Rothrock, the sole person of color on the governing body, said she wondered if a black or brown person was involved in discussions about the resolution. The resolution fell flat, she said, as it lacked measurable goals and would be another city-issued statement like the one the mayor and police chief released.

“I think we all want the best for everyone that black lives do matter, but if they matter to you we’re going to need to put a little more effort into something maybe stronger than a resolution,” Rothrock said. “The city put out statements, the mayor put out a statement, the Chief put out a statement — we’re past statements.”

The original resolution — which can be found in its entirety in city documents here — included 11 sections, three of which state commitments to various items like working with the police department to examine its use of force policies. Other sections state the support of investigations to alleged instances of racial profiling or police brutality, as well as support of the police department’s ongoing diversity efforts.

Councilmember Nick Shlossmacher said the resolution felt almost like political expediency, as it was rushed and did not go before a committee. While he agrees with the sentiments of the resolution, he said he hopes this isn’t the talking point of the month that will be forgotten about in July. Councilmembers Kristin Inman and Debbie Kring also criticized the resolution, with Kring proposing and drafting a “document that has teeth” alongside community members.

“I would ask that our merit should stand on our ACTIONS, not WORDS!,” Kring wrote in the chat box due to technical difficulties. “Many of the recent injustices seen in cities across the U.S. are completely reprehensible!!”

Flora said she felt a sense of urgency to get a resolution in front of the council that intended to be a roadmap for conversations about racial inequity and social injustice. Thomas shared similar sentiments, and said the resolution is a commitment to finding measurables and what needs to be changed.

In response to earlier comments from governing body members — including Mayor Ron Appletoft — Thomas said she doesn’t see how the resolution could be taken as an attack on Mission’s police department. Councilmembers Trent Boultinghouse and Ken Davis, who proposed a friendly amendment, were both in support of the resolution.

The conversation continued to the city council meeting immediately following the work session, at which point the city council heard public comments. Fred Jones Sr., Johnson County National Association for the Advancement of Colored People president, said he strongly suggests people of color and subject matter experts are brought into future conversations regarding this resolution.

“This has been going on for 400 years, I don’t think we can settle it in a couple of weeks,” Jones said. “I think we need to get some history behind it so we can come up with some solid answers to your questions so we can try to move forward.”

The city council unanimously approved to take the resolution to its July 1 finance and administration committee meeting, which will be the city’s first in-person meeting since COVID-19 shutdowns began in mid-March.