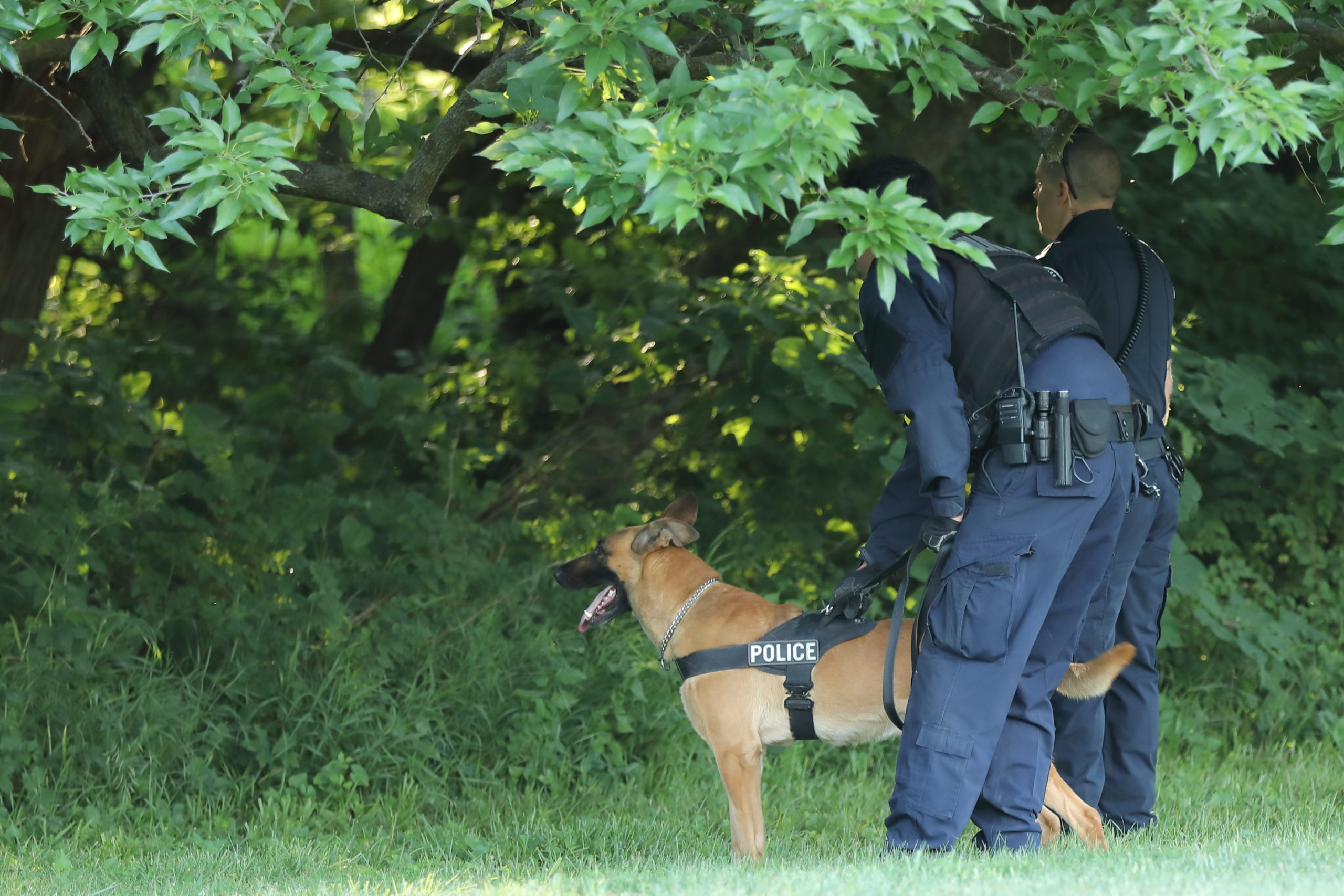 Shawnee police used a K-9 unit to search for a woman who had allegedly been driving the SUV involved in the accidents. She was located in a tree and treated for injuries after she fell to the ground. Photo credit Mike Frizzell.

Police arrested a man and a woman Saturday evening after the two allegedly caused two crashes in Shawnee Mission Park.

Johnson County Park Police were called to the area of the marina on a report that a dark-colored SUV had forced another vehicle off the road and continued driving shortly before 7 p.m.

Sgt. Matt Gillespie of Johnson County Park Police says officers responded to the call for the vehicle off the road and then began receiving reports of a second crash near the south end of the dam. No one was injured inside the vehicle near the marina.

Officers arrived at the second crash scene to find a Ford Escape had run off the road and damaged several tree branches. No one was inside the SUV.

Three officers and a K-9 unit from the Shawnee Police Department responded to assist Park Police in searching for the occupants of the crashed SUV.

Recorded radio traffic indicates that a witness captured cell phone video of the man, who was a passenger in the SUV, running away towards a trailhead.

An arriving Shawnee officer immediately spotted the man, shirtless and barefoot, running down the trail towards the woods.

Sgt. Gillespie says the Shawnee officer tased the man and detained him. The man was treated on scene for minor injuries.

The Shawnee K-9 located the woman, who was the driver of the SUV, hiding approximately 15 feet up a tree, not far from where the man was found. After arguing with officers briefly, she slipped and fell to the ground. Like the man, she was also barefoot and only wearing a bathing suit.

Paramedics from the Lenexa Fire Department were still on scene, finishing up treating the man’s injuries, and were immediately called over to treat the woman after her fall.

Gillespie says both of the suspects will face charges. He wasn’t able to comment on what those charges may be, saying that they were still investigating.