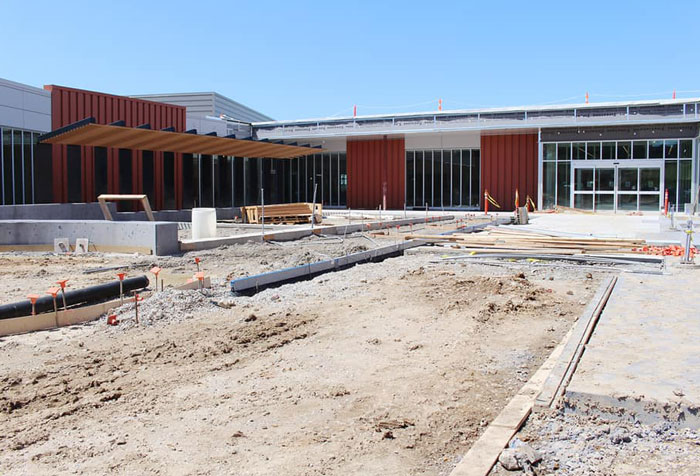 The city of Merriam is offering tours of its new community center, 6040 Slater Street, three days this week. Photo courtesy of Merriam.

The city of Merriam on Thursday announced there will be another delay in the opening of its new community center, which had been scheduled to open to the public on July 4 as of last week.

The Merriam Community Center, 6040 Slater Street, will now have a soft opening the week of July 20 with plans to be fully operational July 25. The city says COVID-19 supply chain delays — which previously pushed back the center’s opening date by three weeks — are causing the second setback.

“This project is years in the making, and we want you to be impressed when you walk through the community center’s doors for the first time,” read a post from the city on Facebook. “And, while we anticipated opening the Merriam Community Center later this month, we promise — it’ll be worth the wait!”

The outdoor pool is planned to open when the community center is open and the state is in the phase-out portion of the Ad Astra reopening plan, Gant said. The indoor pool is still slated to open on Sept. 5 due to the pool tile supply chain delays.

A flag raising ceremony for the new community center will take place on July 20, following a flag lowering ceremony at the Irene B. French Community Center the day before, Gant said.