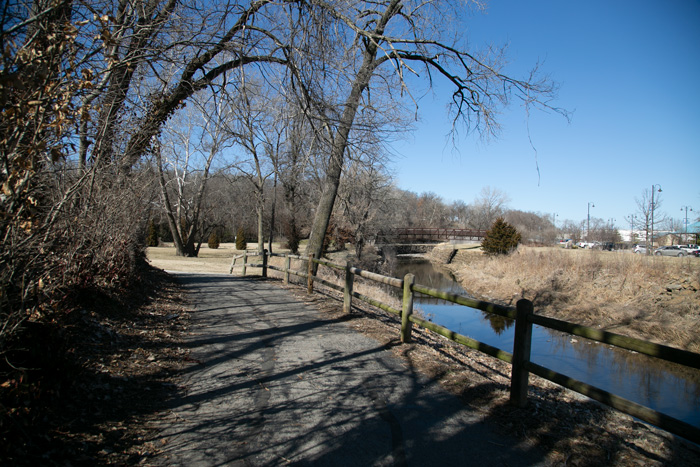 Flooding issues may have gotten more pronounced in the Shawnee Mission area in recent years, but they’re nothing new.

More than six decades ago, flooding concerns along a stretch of Turkey Creek that runs through Merriam, Shawnee and Overland Park prompted the creation of an organization called the Merriam Drainage District. The body has the authority to levy property taxes, just like a city or other public entity, and currently takes in about $200,000 per year from property owners. Its charge is to use those funds on upkeep of Turkey Creek — things like channel maintenance, erosion control and mowing along the banks.

But, say some local officials, the inner-workings of the group remain largely unknown to the public and the operation doesn’t adhere to basic principles of transparency. What’s more, tensions between MDD leadership — many of whom have been vocal critics of the city of Merriam — and Merriam officials have made a working relationship between the bodies virtually non-existent. The current MDD chair is Eric Jackson, who challenged incumbent Ken Sissom for Merriam Mayor in 2017. One of the three board members is Sam Matier, who ran unsuccessfully for Merriam City Council last year and distributes a e-newsletter that is often sharply critical of the council.

Councilmember Chris Evans Hands, who has been on Merriam city council for 15 years now and previously lived within MDD boundaries, said she approaches anything the city works with MDD on with “fear and trepidation.” These feelings stem from several years ago when Quinn Bennion was city administrator and there was “bad blood” between himself, former MDD President Bill Leap and former city Councilmember Dan Leap, she said. MDD and the seeming lack of transparency has been a source of aggravation for the three city administrators Hands has worked with, she said.

“It’s like, how come we have all these rules and [regulations] and they don’t have to abide by it, it doesn’t make any sense to me,” Hands said. “It’s just the way [MDD has] always operated, it’s so dark — it’s just unbelievably dark.”

Councilmember Whitney Yadrich — who ran against Dan Leap last year when he attempted to regain his spot on the council — says that when she was a candidate, she was told on more than one occasion and by more than one person to tread lightly, and not to ask too many questions about MDD until post-election. Since being seated, she said, she’s been dismayed by some of the issues she’s witnesses, including city public works officials having to do maintenance work in MDD’s jurisdiction. Merriam Public Works had to fill in holes and put up safety fencing at Turkey Creek during summer 2019, work she believes should have been done by MDD.

While 60% of Merriam is included in the district’s jurisdiction, Merriam City Administrator Chris Engel said his knowledge of the Merriam Drainage District is limited and that there is no real working relationship between the the city and the MDD. Engel, who has been with Merriam since 2013, said that to his knowledge, there has never been much of a partnership, he said, and that city staff have very limited understanding of what projects the group is undertaking to fulfill its mission.

“All these other public entities that actually put budget books up and have websites and hold public meetings that are noticed so people know about them — [MDD is] just like us in that aspect,” Engel said. “I think all of those transparency issues, that all of us oddly enough sometimes get accused of by members of that board, I’m not aware of them adhering to any of them.”

The district does not currently have a website, though its three board members have been discussing launching a website since its April board meeting. Although discussions include asking the city for a webpage and creating a website solely for MDD, no firm decisions have yet to be made.

MDD Attorney Jim Orr said budget and meeting information for the district is published in The Legal Record of Johnson County, as is legally required. Additionally, Orr said transparency and accessibility only seem to be lacking because of limited media coverage of local government entities.

MDD’s three board members manage the district, and are required to follow a network of statutory and other legal requirements, Orr said. In his 10 years as MDD’s attorney, Orr said each board has looked at budget issues very carefully as “they realize they’re taxing themselves and their neighbors.”

“I think the drainage district works very diligently to make sure that it spends every dime of the taxpayers’ money very carefully,” Orr said. “I know those budgets are heavily scrutinized, and MDD also works very hard to fulfill its mission: It’s not at all uncommon for board members to comment at meetings that they’ve been out to walk the channel and personally inspect it, so it’s a very engaged group of people.”

As for MDD’s take on the relationship between itself and the city, Jackson said the board maintains “a good working relationship with city staff.” Orr said he recalls joint work being done “several years ago” on a bridge, which aligns with Engel’s recollection that collaboration last happened six years ago.

The district meets the first Monday of every month at 7 p.m. — previously at the Irene B. French Community Center — but has been meeting virtually due to the coronavirus pandemic. Since February 2020, the board has been discussing where to move its meeting place as IBFCC will close and the new community center will open. A couple of suggestions offered at the February meeting included a community room at Merriam city hall, by Jackson, and former Merriam Councilmember Dan Leap’s GuitarLamp, suggested by Matier, who is the group’s treasurer. To date, no decisions on where to hold future meetings have been made. Orr said residents can contact the drainage district via email at merriamdrainage@gmail.com, and they will be directed to the correct party based on the inquiry.

A look at the numbers

The district’s budget is made up of mostly property taxes, with additional funds from other avenues such as motor vehicle taxes and delinquent taxes. The resources available in 2019 amounted to $314,351 and in 2020.

Of the district’s 17 listed expenditures, the following five are directly attributable to upkeep and maintenance of Turkey Creek: channel maintenance, interlocal repairs, weed control, mowing and trimming, and right-of-way acquisition. Channel maintenance is the largest expenditure, amounting to over $200,000 in 2019 and almost $150,000 in 2020.

There are 14 projects outlined for 2021 at an estimated cost of $155,625. The projects start north of Johnson Drive and follow along the creek south toward 67th Street. Nearly half of the planned projects for 2021 are to clear trees and brush, ranging in amounts from $2,500 to more than $18,000.

The district’s three board members each receive annual pay. It totals $3,600 for the secretary and treasurer and $4,200 for the chairman. Comparatively, below are the annual salaries for councilmembers in the three cities in which the Merriam Drainage District holds mill authority:

New bill that could potentially end the district

A recently passed state bill, HB 2510, allows for special districts like MDD to be dissolved and their responsibilities to be absorbed by a city. The bill would require the special district and city or county’s governing body to reach an agreement to do so, as well as publishing notices in legal records and public hearings.

The only way Engel said he knows that MDD can be dissolved is if two of the three board members vote to dissolve it, though Orr said the legislature could theoretically do it.

Engel said the duties of such districts have often been granted to cities because, simply, it’s easier for a city to complete them.

“I have the people, I have the money, they don’t,” Engel said. “They’re a board, so when the grass is overgrown or something needs to be cleaned up, they have to go hire somebody. They can’t be as responsive. It’s an interesting thing that we deal with here in Merriam.”

Orr declined to comment on the bill’s potential impact on MDD at this time.