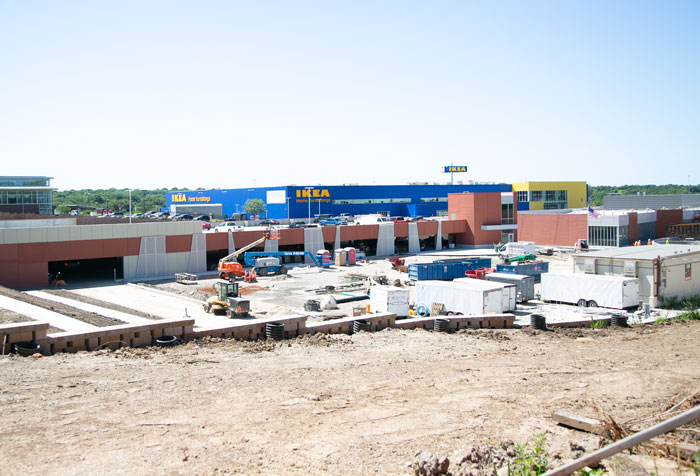 The Johnson County Library and Merriam partnership will relocate the Antioch Library, currently at 8700 Shawnee Mission Parkway, next to the new Merriam Community Center at Vavra Park, 6040 Slater Street.

The Merriam City Council approved an agreement outlining maintenance details for the co-located Johnson County Library, to be built next to the new community center at Vavra Park.

Merriam transferred ownership of the new community center property to Johnson County Library in September 2019, at which point the city planned to revisit a maintenance agreement. Below are some of the specific maintenance terms for both the library and the city:

The above details will be in effect for five years, Assistant City Administrator Meredith Hauck said. As a result, she said the city will revisit the costs associated with the details closer to the library’s opening in 2022 or 2023. Specific details for the usage of the plaza are still to be determined, though both will be able to use the space for events and parties, she said.

“We’ll have property in between our two buildings, the plaza, and we’ll want to work out the terms on how we collaborate in that space and how both facilities are able to use it,” Hauck said. “This lays out the parameters for that.”

Additionally, the City Council approved an addendum to the property conveyance agreement that formalized a library drive-thru. A drive-thru has always been part of the plans for the branch, and would be contained in the pad site given to the library, Hauck said.

Councilmember Jason Silvers asked about the curb cut for the drive-thru, which Hauck said would be off the drive going into the lower level of the parking structure. The curb cuts have yet to be included because they will likely have to be reconstructed and accounted for, she said.

Library patrons would be able to access the drive-thru from Slater Street and Ikea Way, Hauck said. The City Council unanimously passed both the maintenance agreement and the addendum to the property conveyance agreement.