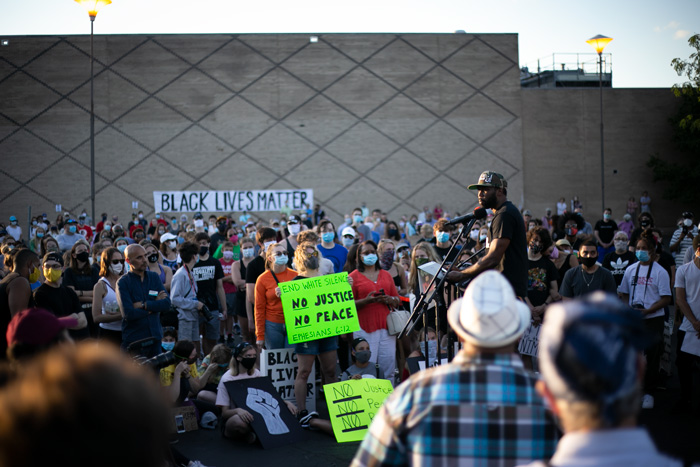 Hundreds gathered at a rally for racial justice in Prairie Village in June.

Following a nationwide movement sparked by the killings of George Floyd and Breonna Taylor, hundreds of people marched and rallied Wednesday evening along Mission Road in Prairie Village in a demonstration of solidarity with the black community.

Organized by two Prairie Village couples and a committee of locals, the Stand Up for Black Lives March & Rally drew a crowd that gathered at the Prairie Village Community Center to march to the Village Shops for a rally.

“We really need to run to catch up with justice, and we have a lot of work to do,” said Dennis Solis, one of the organizers and lead pastor at Crosspoint Community Church in Kansas City, Missouri. “The African-American community has been speaking out faithfully. It is time for other communities, white community, to stand with them, to work for systemic change.”

Most of the demonstrators marched in silence on their way to the rally as the organizers asked them to reflect on the black lives lost to white supremacists and police. Many of them carried signs that read “Black Lives Matter,” “No Justice, No Peace,” and “I Can’t Breathe,” some of the last words Floyd spoke while an ex-Minneapolis police officer pressed his knee into Floyd’s neck.

“I have never seen this many black and brown people in Prairie Village; it’s a beautiful sight,” Muhammad said. “I hope that J.C. Nichols is turning in his grave.”

Organizers said the purpose of the rally was to stand up with the black community, to work for justice and to actively support reform in the legal, criminal justice, prison and social systems. They said that attendance, which was estimated at nearly 1,000 people — the vast majority of them white — came as a surprise and an encouragement given that the event was only announced three days prior.

“We had no idea; this has a life of its own,” Solis said, gesturing toward the crowded lawn of the community center.

While Muhammad shared his excitement for the turnout of a large crowd, he urged demonstrators not to get too comfortable or become exhausted when working to achieve systemic changes in their communities.

“What we are witnessing is a continuation of the work that has been done for years before today and that will go on long after we are gone,” Muhammad said. “Recognize that in two weeks, when NBA basketball is going on or we get re-distracted by corona or something else, this fight will still be here.”

Zachery Garner, Alicia Granados and Genesis Garcia-Flores, students from JC Harmon High School in Kansas City, Kansas, gave spoken word poetry on “We the People.” And Aggie Williams, who just graduated from SM East, brought the rally to a close with the singing of “Amazing Grace.”

The rally and march were peaceful, and Prairie Village police officers facilitated safe passage across 71st and 75th streets for demonstrators walking to and from the Village Shops.

Additional demonstrations and rallies are being organized for the coming days as well.

A Social Justice March for Educators will convene across from Oak Park Mall on Friday at 3 p.m.

Shawnee Anti-Racist Youth demonstration takes place on Sunday, June 14 from 1:30 to 3:30 p.m. in western Shawnee. Demonstrators are gathering on the west-side sidewalk of Hilltop Road north of Shawnee Mission Parkway. Parking is available at Monticello Library. Children younger than 16 must have an adult accompanying them.

There will also be a march and rally in downtown Overland Park on Saturday, June 20 starting at 11 a.m.

Below is a video of the march down Mission Road: 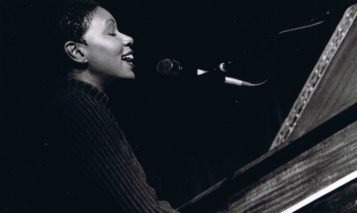 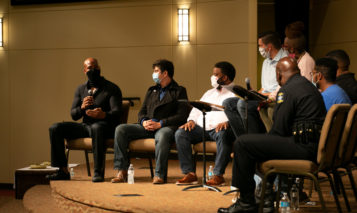 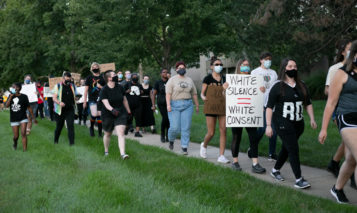 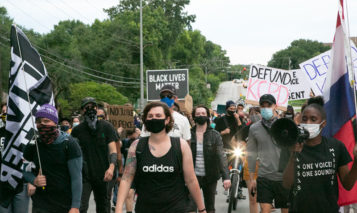 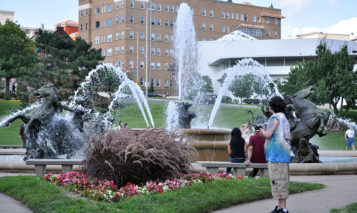