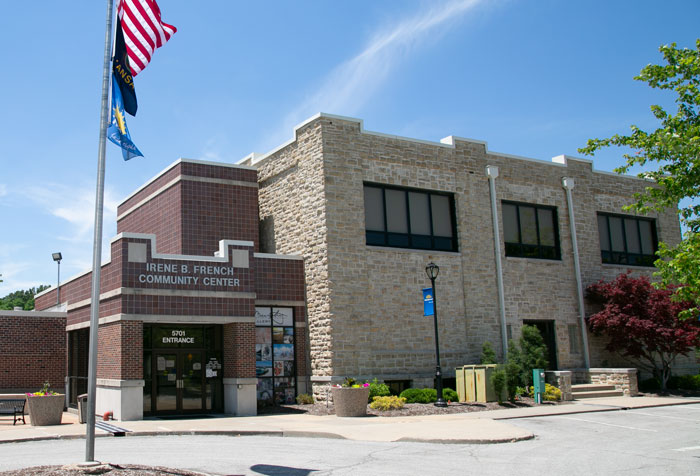 Although the city will move forward with a bid process, the City Council will have final approval on the potential demolition of the Irene B. French Community Center, 5701 Merriam Drive.

The Merriam City Council Monday evening agreed to move forward with the bid process to receive estimates for the proposed demolition of the Irene B. French Community Center, 5701 Merriam Drive.

After a two-year, resident-led process to determine what to do with the building as the city built the Merriam Community Center at Vavra Park, the city council decided it was too costly to maintain the building at a May 18 work session. The city council will vote to move forward with a demolition after receiving bids in early July and evaluating the associated financial impact.

“I fully support going out and getting the bids, I think it’s very important that we’re very clear what our intentions are and I believe our intentions are to tear the building down and plant grass,” Councilmember Bruce Kaldahl said. “The economics of another building that we really don’t need and have no purpose for — it’s all we can do.”

The 5701 Merriam Drive Committee conducted a study that found it would cost between $4.7 million and $5.2 million to salvage the building — with no future use — with an additional $2 million worth of improvements. Rather than salvaging it in its entirety, the city is looking at preserving 45 cubic yards of stone from the 1911 building.

Staci Chivetta, Merriam resident and 5701 committee appointed chair, said in a public comment the committee “knew saving the 1911 building might be a financial longshot.” Two common themes between the city and the committee were to not waste money and not sell the property, she said, making demolition the right choice.

“I believe that demolishing the buildings instead of wasting money keeping them up, even mothballing costs a great amount of money, is the best decision,” Chivetta said.

Chivetta asked for the opportunity to reconvene the committee to “massage and rethink the plan for the site moving forward” and challenge them to find funds to go through with their vision. Billy Croan, another resident and committee member, asked the City Council to do what they can to preserve an entire wall of the 1911 building. Engel said the feasibility of wall preservation is unclear, as is the potential cost.

Councilmember David Neal said he was concerned about making substantial financial decisions amid economic uncertainty. Although Neal ultimately voted in favor of it in order to know how much demolition would cost, he said there needs to be a much more robust discussion on “whether or not to pull the trigger” on demolition.

The city council unanimously approved moving forward with the bid process. A full bid document draft and map of proposed demolition can be found in June 8 city documents here.