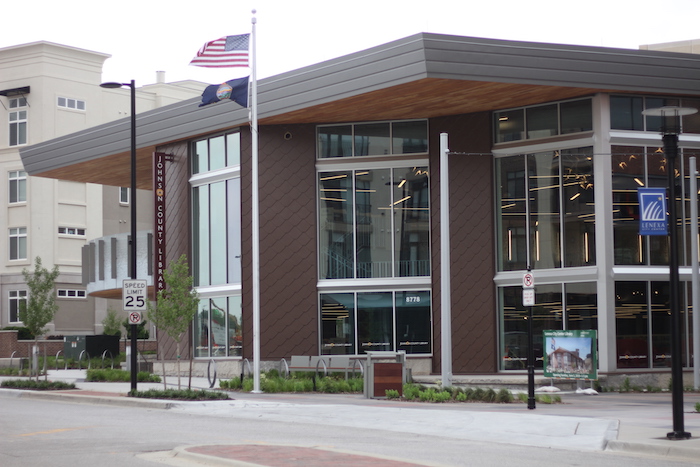 Johnson County Library announced last week it will reopen all 14 of its branches to the public Monday, June 15 with limited services.

Hours of operation will be announced by the end of this week as administrators determine staffing resources. Library locations will likely open with reduced hours to allow library staff to sanitize public areas and safely process materials.

Starting Monday, June 8, patrons may return materials to any library location. Returns are accepted 24/7 in exterior book drops and where they will be quarantined for 72 hours through June 15.

Items checked out prior to the March 15 closure are due June 30, and fines will begin to accrue on these items starting July 1. More details are on the library’s website.

As part of the Lamar Avenue rehabilitation and resurfacing project, the intersection of 51st Street and Lamar will be closed for seven to 10 days beginning Monday, June 8.

The intersection will be closed due to the amount of utilities in the area such as water, fiber, gas, cable and the traffic signal pole, according to Mission. The closure will allow crews to complete the following:

Detour signage will be posted, and traffic will be routed to Foxridge Drive since there is road construction on Roe Boulevard in concert with Roe 2020. Access to the local businesses and residences in the area will be maintained.

Additional information about this project can be found here.

The intersection at Lamar Avenue and 51st Street will be closed to traffic for about a week, beginning Monday, June 8. The closure will allow for safe and full replacement of the stormwater infrastructure in that area. More: https://t.co/nXkFs4dalG pic.twitter.com/KkidcDDhYT

The Kansas Department of Transportation will begin a mill and overlay project on Shawnee Mission Parkway from Johnson Drive to the state line Monday, June 8, in Fairway.

Nightly traffic will be intermittently reduced to one lane traffic, both east and westbound. Work will occur from 7 p.m. to 6 a.m. nightly, with some lane daily lane closures between 9 a.m. and 3 p.m.

Signage, lane closures, arrow boards and traffic cones will be used to control traffic. KDOT anticipates the project to be completed by the end of June.