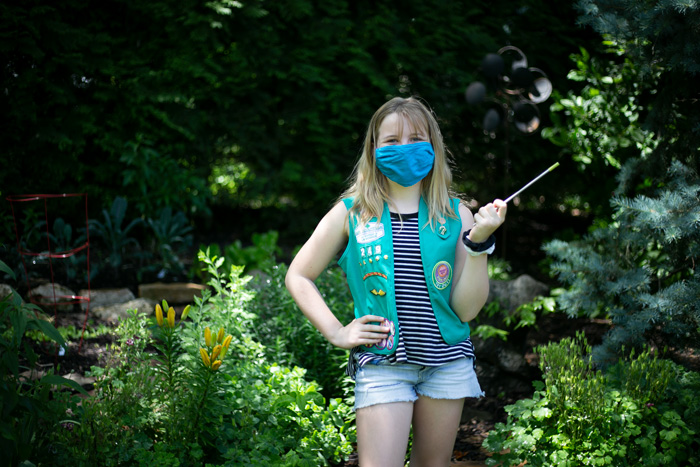 Girl Scouts Troop 249, which meets at Belinder Elementary and the Prairie Village Community Center, has been working on their Bronze Award by raising awareness in the Shawnee Mission area of single-use plastic items.

During the past school year, the troop created and distributed signs to restaurants and cafes in the Shawnee Mission area to help promote the reduction of single-use plastic straws.

“This is one of the things that they all felt passionate about,” said Amber Sexton, one of the troop leaders.

Lindsey Welch, a troop member and rising sixth grader at Belinder, said her troop’s project is important because it helps other people in the community learn about the damaging effects of plastic on the environment.

“We were thinking, since the ocean’s been, like, really bad over these past few months, we felt we could try to help,” Welch said. “We can’t help with everything, every little piece, but we thought we could at least help with the straw problem, because people are using a lot of plastic straws in the world.”

Sexton said the girls started the project with grand ideas, but after the leaders refocused them, they began researching the problems with plastic and ultimately came up with their own solutions.

“As fifth graders and incoming sixth graders, they have grown so much from the little kindergarteners that we took on six years ago,” she said. “It’s been exciting to see them change and grow.”

To lead by example, the 22 troop members stopped using single-use straws and instead used troop funds to purchase two reusable straws each — one for personal use and the other to give away to promote their efforts. The project also sparked interest in some of the troop members on other ways to reduce plastic and practice more sustainable habits.

“There’s a lot of plastic in our oceans — one million marine animals die each year from plastic,” Brasel said. “And turtles are awesome, super cool, and they’re endangered as is. I really love animals and have always had an interest in marine biology. I actually kind of want to be a marine biologist when I’m older.”