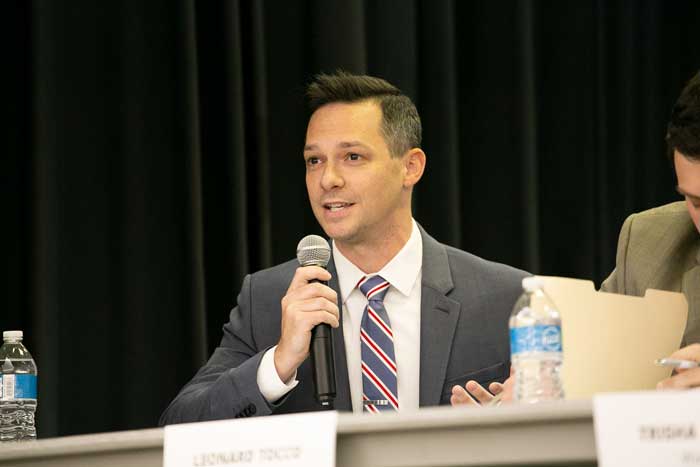 Roeland Park was at the forefront of LGBTQ+ rights in the state in 2014 when it passed a non-discrimination ordinance. In the years that followed, more than a dozen Johnson County cities followed suit. Councilmember Benjamin Dickens, one of the ordinance’s three sponsors, said the conversion therapy ban has this same potential.

“I’m confident that if we pass this ban on conversion therapy for minors tonight, we’re going to see other cities take up their own ban on this torturous practice,” Dickens said. “My hope is that it’s not just going to be here in the county, but I’m hoping for the entire state.”

Much like the city council’s first discussion on a conversion therapy ban, it heard from several LGBTQ+ rights advocates who were in support of the ordinance, including Rep. Susan Ruiz and activist Jae Moyer. Michael Poppa, MainStream Executive Director and former Roeland Park councilmember, also expressed his support of the ordinance.

“Personally, the only time I’ve ever wanted to die was while in conversion therapy,” Brace said. “I was truly afraid I would never make it out alive. No matter what they did to me, the thoughts and feelings about who I am or who I loved never wavered — not even for a second.”

Councilmember Jim Kelly asked if the ordinance could be extended to adults under a guardianship, as well as non-profits and other organizations that might not be compensated for conversion therapy. City Attorney Christine Roto said the language would be difficult to draft for both requests, and the compensation piece is tied to a professional provider’s business license.

Councilmember Tom Madigan said it was important to approve the ordinance despite it needing changes, including his own thought that it should be extended to conversion therapy bans in churches. Mayor Mike Kelly echoed Madigan’s sentiments, and said the conversion therapy ban can be amended similarly to the NDO, which the council updated last year, because no ordinance can be perfectly crafted the first time around.

“I’d hate to let the perfect get in the way of the good, but do want to provide the best ordinance possible as other cities will be looking to us moving forward,” Kelly said.

The city council passed the conversion ban ordinance on a unanimous vote. Councilmember Trisha Brauer was absent. The city is the second in the Kansas City metropolitan area to pass such a conversion therapy ban following a 2019 ordinance from Kansas City, Missouri.

Shawnee will replace traffic signal at 67th and Quivira, near SM Northwest