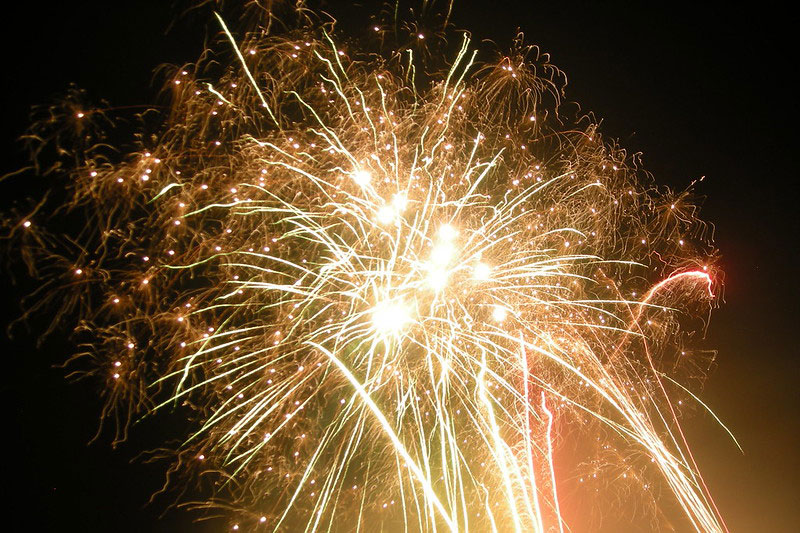 The Leawood City Council voted Monday night to cancel the city’s Fourth of July fireworks celebration but will consider whether to have one on Labor Day.

After about an hour of discussion among councilmembers and city staff, the council voted 6 to 2 to cancel Fourth of July fireworks. Ward 2 Councilmember Mary Larson and Ward 3 Councilmember Lisa Harrison voted against canceling the celebration. At its Aug. 3 meeting, the council will discuss the possibility of having Labor Day fireworks and will continue that discussion to its Aug. 17 meeting if necessary, Mayor Peggy Dunn said.

The city’s fireworks vendor tested some fireworks of various sizes at several locations last Wednesday, Dunn said. Most councilmembers and City Administrator Scott Lambers watched the tests. Parks and Recreation Director Chris Claxton said the best visibility was at Two Hallbrook Place, at 11161 Overbrook Road. Dunn said that she had watched a test at One Hallbrook Place, at 11150 Overbrook, and that she had seen about half the shells fired, “but it was also like a silent movie because you couldn’t hear anything.”

The council and staff discussed whether to have people watch the display from designated parking locations with permission from businesses or to park and then walk to the park; social distancing requirements; fire department access to respond to medical emergencies; increased police department staffing; and whether the $35,000 cost for the display was justified.

Parking on Leawood City Park’s grass is prohibited because of the park’s sprinkler system, Dunn said. Larson suggested possibly allowing people to walk into City Park to watch the fireworks but having no organized festival. Harrison suggested exploring a collaboration with adjacent municipalities to share the cost of a fireworks display and positioning it so their residents would also be able to see it; working with Ascend Learning or Hallbrook Place for parking; and having music on a radio station to accompany the fireworks.

Ward 3 Councilmember Chuck Sipple said that he had worked with the American Academy of Family Physicians for the Leawood Labor Day Run and that parking there involved a lot of red tape regarding indemnification against damages to the parking lot, responding to distressed motorists and cleaning up trash.

‘Magic of the Fourth of July Celebration will not be there’

Ward 2 Councilmember Jim Rawlings said the problem “kind of reminds me of the story of Cinderella.”

“I feel like the ugly sister trying to shoehorn a big foot into the glass slipper,” Rawlings said. “Being good stewards of our budget, I just cannot see spending $35,000 for this fireworks display when half the shells you couldn’t even see. Part of the thrill for me was to walk down to the park and feel the boom and smell the powder and listen to the music and maybe have a hotdog and that kind of thing. That’s all not going to happen. And I just think the magic of the Fourth of July celebration will not be there.”

Another complication is that Lee Boulevard off Mission Road is planned for closure in about three weeks for construction, eliminating that access to City Park, Public Works Director David Ley said. Weather permitting, the road should reopen by Labor Day or the second week of September. Meanwhile, emergency access would be off 103rd Street and along Lee Boulevard.

Ward 4 Councilmember Julie Cain said that she had received a lot of compliments from residents about the council’s May 18 decision to open the aquatic center and that having a fireworks display, either on the Fourth of July or Labor Day, was important as a show of unity, “especially with this super-volatile week we’re having.”