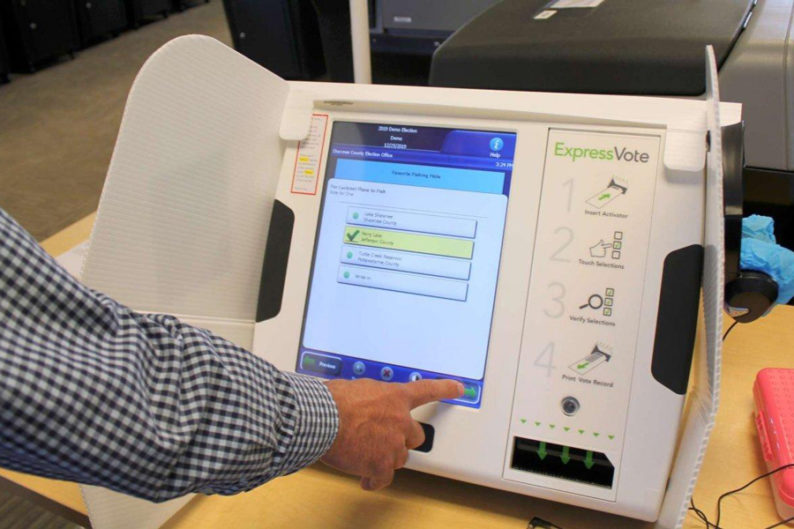 Noon today was the deadline for candidates to file for local, state and federal elections in Kansas.

With the deadline passed, here’s a look at which local races on Shawnee Mission area ballots will be contested in the primaries and this fall:

Incumbent Jim Allen announced he won’t be seeking another term. Fellow former Shawnee Mayor Jeff Meyers announced in February he would run for the seat. Meyers will face Rob Patterson in a contested election in November. District 2 includes large portions of Shawnee and Lenexa, running from approximately I-35 on the east out west past Highway K-7.

Republican Laura McConwell, the former mayor of Mission, and Democrat Ethan Corson, the former executive director of the state party, will face off this fall in a race to replace incumbent Barbara Bollier. Bollier is a former Republican who switched parties and is running for the U.S. Senate as a Democrat.

Incumbent Republican Jim Denning, currently the Senate Majority Leader, announced in May that he would not seek reelection to a third term. Democratic Rep. Cindy Holscher, who announced last year that she planned to seek the seat and had raised substantial funds for the campaign, will be the Democratic candidate. Former Republican Rep. James Todd has filed to challenge Holscher.

Incumbent Mike Thompson was appointed in December to fulfill the remainder of the term of Mary Pilcher-Cook, who resigned in January. He’s seeking a full term in the seat, and faces a challenge in the Republican primary from Rep. Tom Cox, who announced he was running for the District 10 seat in May 2019. The Republican primary winner will face Shawnee City Councilmember Lindsey Constance, a Democrat, in November.

Incumbent Democrat Dinah Sykes, who switched party affiliations in 2018, will face Republican Tom Bickimer, who announced he was running for the seat in September, in the fall general election.

First-term incumbent Republican Charlotte Esau will again face Democrat Angela Justus Schweller in the fall general election. The two both ran for the seat in 2018.

Moms Demand Action activist Jo Ella Hoye, a Democrat, announced last year that she would run to fill the seat currently held by Rep. Tom Cox. Cox, a Republican, is running for the Senate. Republican Kristine Sapp and Libertarian Mike Kerner have now filed and will face Hoye in the general election.

Republicans Cathy Gordon, a former candidate for the seat, and Calvin Vandegrift, a political newcomer, will face each other in a primary this August. The winner will challenge incumbent Democrat Cindy Neighbor in the fall.

Incumbent Republican Jan Kessinger faces a primary challenge from Jane Dirks. The winner will go on to face Democrat Mari-Lynn Poskin in the general election.

Incumbent Democrat Nancy Lusk announced she will not seek reelection, and threw her support to the candidacy of Lindsay Vaughn. Vaughn faces a primary challenge from Randen Smith. There are no Republicans filed to run for the seat.

Incumbent Democrat Susan Ruiz is running for reelection. She’ll face Republican Jeff Shull and Libertarian Matt Clark for the seat in the general.

Two Republicans, Jesse Gillam and Laura Williams, will face each other in a primary this August. The winner will face incumbent Democratic Rep. Brandon Woodard in the general this fall.

Two Democrats, Michael Bolton and Les Lampe, will face each other in the primary. Incumbent Republican Rep. Owen Donohoe will face the winner this fall.