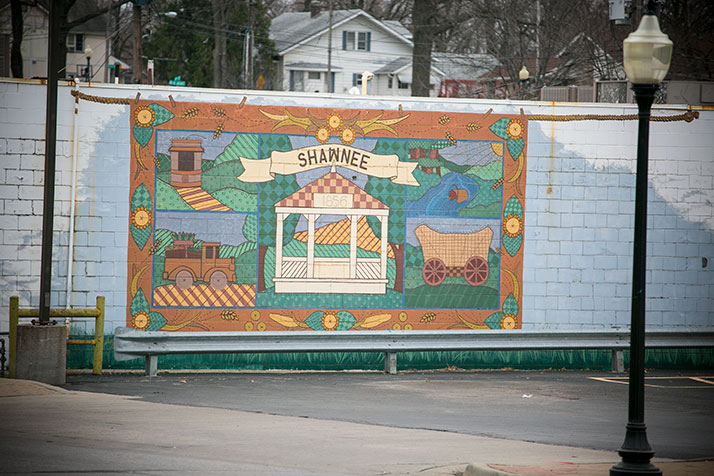 While Shawnee city leaders cited a growing need among businesses and families struggling from the fallout of the COVID-19 pandemic, federal funding for coronavirus relief that was allocated to the city months ago has barely been tapped into. File photo.

Adoption of the Imagine Shawnee vision allows city staff to begin creating a strategic plan for the city’s future based on the pillars and milestones laid out in that vision.

While the governing body supported both plans in a joint special city council meeting with the parks and recreation advisory board on May 5, city leaders agreed to delay final approval due to technical issues with live broadcasting of the meeting.

The May 26 meeting had a tense moment when city leaders split on whether to adopt the plans that evening or wait until they could vote during a public meeting when residents could attend and offer comments in person. ‘

Some councilmembers were concerned that voting during a remote meeting showed a lack of transparency. Other councilmembers in favor of moving forward countered with concerns that delaying adoption of the plans is unnecessary and halts progress on plans, which residents have already seen and provided feedback.

The city council has been meeting remotely for the past two months during the COVID-19 shutdown.

“We need to do everything we can in our power to make sure that they (the residents) are completely informed and that they have every opportunity to comment and they have every opportunity to be recognized,” said Councilmember Eric Jenkins, noting that although he supports the plans, he doesn’t support the process. “This is not something that’s under a sense of high urgency.”

Most councilmembers disagreed with delaying adoption of the documents.

“Probably a bad metaphor, but I kind of feel like we’re beating a dead horse now,” said Councilmember Matt Zimmerman. “We need to move on.”

Mayor Michelle Distler agreed, adding that residents will have many more opportunities to inform decision-making for the city’s future.

“To say that this is not transparent and to say we’re not working for the residents is completely inaccurate from my perspective because we have had hundreds and hundreds of people participate that want to see this move forward,” Distler said, citing resident feedback collected during more than a dozen imagineering sessions. “They’re happy and excited that Shawnee finally has a vision since 1856. We have a vision of what the residents told us they want the future of this city to be. This is a living document, and what we decide tonight does not make it final. It just lets the staff get started and let’s the residents have confidence that we’re going to get it done.”

The city council voted 5-3 to approve the Imagine Shawnee strategic vision, with councilmembers Eric Jenkins, Mike Kemmling and Tammy Thomas voting in dissent. The council also voted 4-3 to approve the parks master plan, with the same councilmembers voting in dissent. Councilmember Kurt Knappen abstained from the vote on the parks master plan, citing concerns that adoption of the plans became controversial.