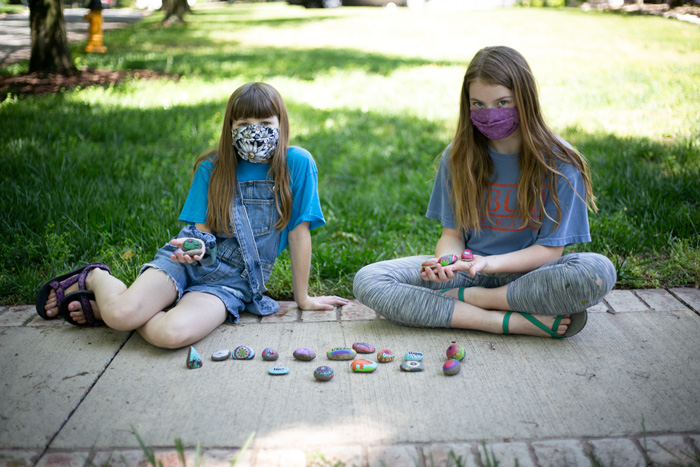 Trailwood Elementary sisters Samantha (left) and Rachael Wilson have been painting Kindness Rocks during the COVID-19 pandemic. Rachael says she likes "raising people’s spirits and making them happy during this tough time."

Two sisters are painting rocks and placing them throughout their Overland Park neighborhood to cheer up friends and neighbors during the pandemic.

Trailwood Elementary fifth-grader Rachael Wilson and her little sister, Samantha, who is in fourth grade, used paint pens to create images on a variety of rocks for the past several weeks.

They ride their bikes and hide the rocks along their street so that neighbors can find them. Sometimes they write encouraging or uplifting messages on them. Rachael calls them Kindness Rocks.

“It’s really fun, and I like raising people’s spirits and making them happy during this tough time,” Rachael said. “The main goal of making these rocks is really just to make people feel good and to have fun painting them and doing whatever you want on the design or creation.”

Their mother, Lauren Wilson, said they use landscaping rocks in their yard for this new creative outlet.

“I’ve been really proud of them because they wanted to just spread joy to our neighbors since we weren’t really able to see each other during this time as much as normal,” Lauren said.

The sisters estimate that they’ve probably painted at least 50 rocks since the first week of quarantine in March. The sisters ride their bikes up and down the street and place rocks at the base of trees or fire hydrants, and other points of interest.

Rachael takes inspiration from the shapes of each rock; for example, one rock might be shaped like a triangle, so she’ll paint a pizza slice on it. Other times, she’ll write “Be Kind” and paint a bee next to it. 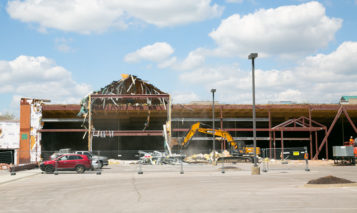